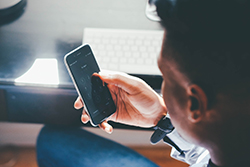 Daily Telegraph has published an article “The Tories latest attack on buy-to-let”, surprisingly for this Tory tome, sometimes referred to as the “Torygraph”, condemning George Osborne for bringing about the “death of buy-to-let”, as landlords wake up to Mr Osborne’s 150pc tax

Richard Dyson writing in the “Your Money” section on Saturday says that some buy-to-let investors could be “paying more than 100pc of their profits in tax” and are already selling up.

Following the mortgage interest relief Budget bombshell in July, which was both unexpected and highly complex, this latest attack involving a 3% surcharge on buy-to-let purchases, in the Chancellor’s Autumn Statement last week, could be the final straw. Anyone seriously contemplating buy-to-let as a sound investment for their future may be having to have a re-think.

Thousands of landlords and their accountants are currently digesting the implications of these tax changes. But many aspiring and even current buy-to-let investors remain blissfully unaware of the change, or have under-estimated its impact on them.

Effectively, any buy-to-let landlord who is a higher-rate taxpayer, and is claiming mortgage relief on a large mortgage, will pay substantially more tax. Even some basic-rate taxpayers will also be caught. This is because their increased paper profits (because they cannot off-set mortgage interest as an expense) will push them into a higher rate tax band. This in turn might result in the loss of Child Benefit and some other concessions.

Those wealthy landlords who are lucky enough to own their properties outright, which is a substantial majority, will be largely untouched by the changes. The worst hit will be the modest, middle-class savers who though they were prudently investing in buy?to?let, alongside their pensions and ISAS, as a way of providing a regular income with capital growth into retirement.

Coupled with the SDLT surcharge, these changes will also hit enterprising young “strivers”. These are often renters in the large expensive cities such as London who see investing elsewhere in a buy-to-let property as their way onto the property ladder.

“We are contacting all of our clients who have mortgaged property which they let, and we want to speak one-to-one with those worst affected. It is going to have a significant impact.”

According to a Smith & Williamson calculation, any higher-rate taxpayer landlord whose mortgage interest is 75pc or more of their rental income, net of other expenses, will see all of their returns wiped out by 2020.