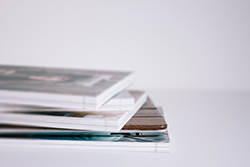 The RLA has said it will continue to lobby to ensure landlord voices are heard on this issue and to mitigate its effects as much as possible before its introduction 1st April 2017.

In the meantime it is urging all landlords to consider writing to their local MPs to emphasise the importance of this issue to landlords.

A document was sent to Chancellor George Osborne and all those MPs that have a direct interest in housing, about the issue. The RLA’s document stressed that landlords relied upon tax relief on mortgage payments to be able to conduct their business.

In the response received by the RLA, MP David Gauke stated a desire for ‘a fair tax system”, but The Treasury it seems remained steadfast in their proposals despite growing pressure across the private rented sector.

Mr Gauke said that:  “A fair tax system… means ensuring that landlords with the largest incomes no longer receive the most generous tax treatment. By restricting finance costs relief available to the basic rate of income tax all finance costs incurred by individual landlords will be treated by the same tax system”.