An ancient market town nestled on the edge of the Peak District – Macclesfield really is a beautiful place to live.

For a more detailed insight into the town and what you get for money when buying or renting in Macclesfield please see below; 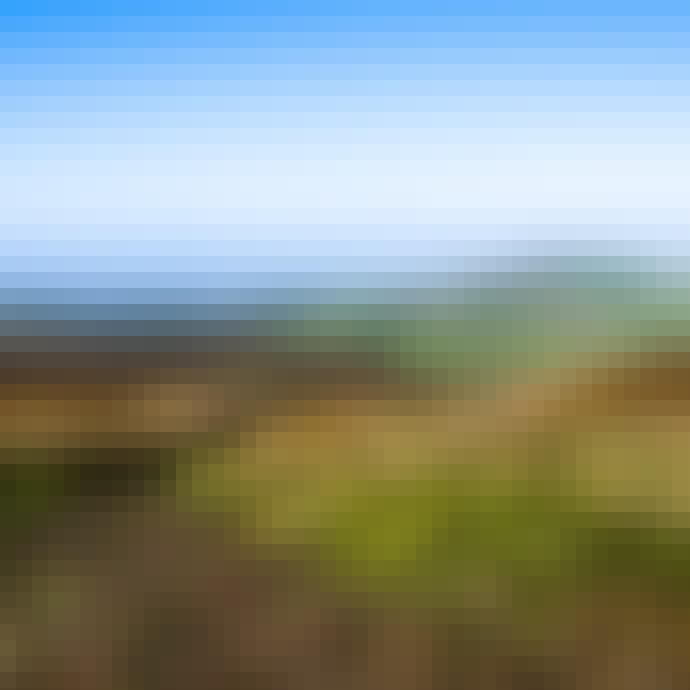 A Town with a Big History

Macclesfield grew as one of the main silk centres of the country, renowned for the skill of its designers and for its richly patterned woven fabrics. Fashionistas will love discovering the story of Macclesfield’s textile heritage as told at the Silk Museum and the Heritage Centre.

With plans being drawn up for a leisure-based re-development in the town centre there is a big future ahead for Macclesfield.

Ewan MacPhee, Macclesfield’s local director says, the area has a large variety of property styles from traditional terraced home starting around £90,000 to larger style terraces up to £300,000.

Stylish apartments in the town are a mix of converted properties and modern built starting around £90,000 up to £250,000.

Family houses are always in demand with three bedrooms semi- detached being particularly in demand in and around the town with prices starting £140,000 and four or five bedroom houses in Tytherington area from £250,000 to £600,000.

Further afield areas such as Prestbury, Mottram, Alderley Edge are well known for being the homes of footballers such as Wayne Rooney prices can be well up into the millions.

What can you get for your money when renting in and around Macclesfield?

There is a strong rental demand in Macclesfield helped by the easy commute into Manchester or even London with rental cost being lower in Macclesfield as well demand created by local employers such as AstraZeneca.

Three bedroom properties are popular with demand outstripping supply and rents will range from £700 upwards depending on size and area.

Four bedroom properties will rent from £850 in the town centre to over £2000 in desirable family areas such as Tytherington.

Strong demand makes Macclesfield a good place to invest, and if you are thinking of investing, come and talk to us for some free advice and a coffee.

Getting an education in Macclesfield

There are also two independent schools, The King’s School and Beech Hall School.

Getting to and from Macclesfield

The Railway station is situated at Waters Green and being a mainline station makes living and commuting from Macclesfield very easy with commute times to Manchester of 25 minutes and to London just 1hr 50min.

Manchester airport is approx. 13 miles from Macclesfield and can be accessed by road, bus and rail.

The main bus station provides regular bus services around Macclesfield as well as to outlying areas, Manchester and the airport.

Macclesfield was the original home of Hovis – that delicious bread that has remained popular for more than a century. The Hovis Mill, built on Macclesfield’s canalside, produced the unique Hovis grain and only bakers who used this flour to make their bread could sell the loaf as Hovis. Flour was milled here from 1898 to 1904.

Joy Division singer Ian Curtis was from Macclesfield. He went to the King’s School and lived here with his wife until he died in 1980.

St Barnabas was the patron saint of the silk workers, who took an annual holiday called Barnaby. Nowadays the town celebrates with the Barnaby arts festival in June.

A local legend attaches to the famous flight of 108 steps from Water’s Green to St Michael and All Angels Church in Macclesfield? It is said that anyone who can make it from bottom to top without taking a breath on the way will have a wish granted. The cynical, however, might wonder if any such claim was based on a quick stop in the pub where the trek begins.

Macclesfield Castle- yes we had a castle. Built by John de Macclesfield in 1398 but was ruinous by1585 and nothing now remains. The area is now known as the Castle Quarter with shops, bars and our very own office nearby.

Some well-known people from Macclesfield 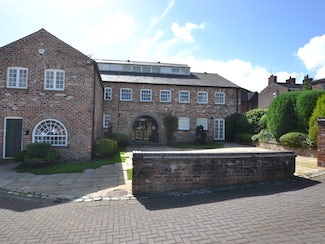 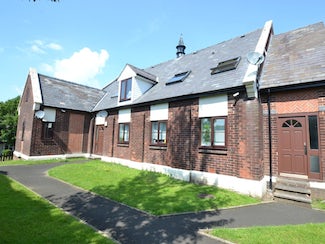 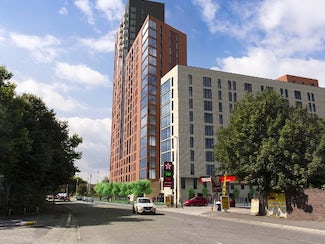