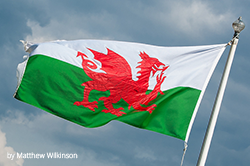 The issue of rent controls has been raised by Plaid Cymru  as part of next month’s Welsh Assembly elections. Plaid’s election manifesto pledges to ban fees paid by the tenant to letting agents and introduce rent controls.

In response Douglas Haig, the Residential Landlords Association (RLA) Director and Vice Chairman for Wales, reinforced the organisation’s strong objections to the move stating that:

“Plaid’s proposals for rental housing would take us back to the past. They are a one way street to fewer and poorer quality homes for rent with tenants facing higher, not lower, rents.

“There is a wealth of evidence from all around the world that all rent controls do is shrink the rented sector making it more difficult and more expensive for tenants to find accommodation.”

Two statistics are cited by the RLA is support of its stance:

According to the Office for National Statistics, private sector rents in Wales grew in the year to February 2016 by just 0.2% – the lowest increase of any part of the UK.

The Minister said: “I do recognise that rent control can look attractive initially, but I think previous experience shows that rent controls reduce the incentive for landlords to invest and can then lead to a reduction in quality housing.

“Those properties that are still subject to rent control under the Rent Act 1977 are often of the poorest quality, so I think such a proposal would require very careful consideration. Again, I think that could give possible unintended consequences to the supply of private rented properties.”