The reality of renting for most tenants 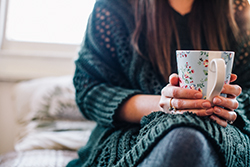 A recent survey into attitudes of tenants in the private rented sector (PRS) with some surprising results.

“We’ve all read the private rental horror stories about rogue practices by landlords that bring the wider sector into disrepute. BDRC’s Tenant’s Panel interviewed more than 700 tenants from across the UK in all forms of accommodation. The results of this study have generated some interesting insights which help to counterpoint some of the more alarming stories we see from time to time.”

Against a backdrop of increasing rents (a quarter of tenants have experienced a recent rise), and media stories from campaigning groups arguing for changes to tenancy laws:

In summary, three quarters considered their rental property to be their home, and most felt secure and in control of their accommodation. Only 5% felt that renting was in any way a barrier to family life.

“Although no one would want to trivialise the impact of terrible treatment by landlords on their tenants, it is important that a proper perspective is maintained when thinking about the scope and scale of these issues.”

“This research provides a valuable insight into the sector. There are many surveys of landlords and many academic reports on the PRS. There are, however, too few surveys that poll tenants directly on their experience of renting privately,

“This survey has identified high levels of tenant satisfaction and an appreciation of the good value that rented accommodation can offer across the country. It is more disappointing though to see that affordability constraints are impacting negatively on future choices in housing with less than a quarter of tenants expecting to buy their own home in due course.”