The future of the rental market according to Corbyn 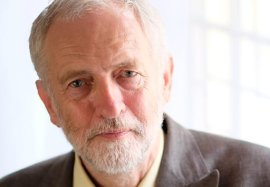 Mr Corbyn has said that right to buy, which means council tenants can buy the home they’re living in at a discounted rate, should be extended to people renting from private landlords.

He sees housing as a priority and it’s an issue that’s definitely in his “cross-hairs” for reform judging by views set out in a recently released document on the subject by the Islington North MP – “Tackling the Housing Crisis” – see below.  In it he sets out his plans for the future of housing in Britain.

Corbyn says a house should be “a source of security” but that for too many, it is “a cause of anxiety.” He cites statistics from the National Housing Federation, which claim first time buyers need ten times the deposit they needed back in the 1980s. He is also critical of the current government, and the past New Labour administrations’, house building performances.

Here are his main points in the report relating to the PRS:

Basically, Mr Corbyn is intent on taking renting back to pre-assured shorthold tenancy territory with rent controls and secure tenancies, something most landlords thought had been left behind 30 years ago as a lesson learned and never to be repeated.

“Alongside building the thousands of new homes we need, we also need to get rents down in the private rented sector and ensure secure tenures. We could have national minimum standards of longer tenancies and limits on rent rises.

“We need to bring rents down to make sure they take up a lower proportion of people’s income, and given that many people are likely to renting for longer and longer, we need to make sure tenants have the right to a longer tenancy. “

“Private landlords should be nationally registered and locally licensed, including a ‘fit and proper’ persons’ test, making sure that tenants’ rights are respected and ensuring that decent homes standards are adhered to in the private rental sector. Licensing and registration should be administered and enforced by the relevant local authority.”

On home ownership he is suggesting “a range of measures” available to bring down house prices, “including building more housing overall, restricting subsidies to buy to let landlords, and regulating rental value.

“One of the biggest pressures first-time buyers face is to save a deposit, particularly in high-value areas where house prices are rising fast and people are trapped having to pay fast-rising rents. We could help people caught in this trap, with an approach that incorporates some of the principles applied in schemes like rent-to-own or shared equity.”

A purge on empty homes and “buy-to-let” deals for new build properties would, Corbyn argues release more housing for those that need it.

“Too many new homes built for sale end up as buy-to-let investments, or even worse as speculative assets that sit there empty for much of the year. Many other cities around the world have taken steps to ensure homes go to people who live and work in the city rather than to people who see the homes as assets for financial peculation.

“Local authorities could be given the option of levying higher council tax rates or a new tax on properties left empty. Additionally we could look at banning the ownership of property by non-UK based entities or by companies and offshore trusts altogether.”

On empty houses in the country, he suggests working with local authorities to bring them back into use: “According to the LGA, there are 709,426 empty properties in England. About one third of these have been lying empty for six months or more. With home ownership becoming increasingly unattainable for so many, rents spiralling out of control and levels homelessness rapidly increasing, more should be done.”

Mr Corbyn is in favour of “Right to Buy” schemes for private tenants:

“Instead of extending the Right to Buy we should be reducing the harm it causes to our affordable housing stock. Local authorities in areas of high housing stress should be given the power to suspend right to buy in order protect depleting social housing assets.

“We should also look at how to help private renters, since they are often paying much higher rents with less security and a less responsive landlord than housing association tenants. We could re-direct some of the £14 billion of tax reliefs received by private landlords to help struggling private tenants; this would of course include building new council homes and helping private tenants to overcome the deposit problem.

“We could also investigate whether some of this money could be used to fund a form of right-to-buy shared equity scheme to private tenants in cases when they are renting from large-scale landlords.”

On improving environment standards Mr Corbyn has the following suggestions:

On environmental standards, he states: “Over 3.5 million people in Britain live in fuel poverty. Excess winter deaths are 23% higher than in Sweden, despite our milder winters. Retrofitting homes will reduce this toll of ill-health, unnecessary deaths and avoidable carbon emissions. There is no excuse for Britain setting lower standards of new housing than elsewhere in Europe. Zero carbon homes should become the norm.

“Local authorities must also be given greater freedoms to drive this change, underpinned by a shift in tax advantages/allowances in favour of energy efficient homes rather than subsidies to poor and unoccupied properties.”

On social issues relating to housing he states that the reforms to welfare policies are “causing the social cleansing of many cities,” Mr Corbyn also attacks other social policies of the Conservative government: “The bedroom tax and the benefit cap should be scrapped. They penalise the tenant for the failure of government to build sufficient housing and to regulate rents.

“By capping rent levels, we will also save on housing benefit costs. Our cities need to be affordable for all, with mixed communities, reflecting the fact every part of the country needs cleaners, bus drivers, teachers and nurses.”