Tenants now better protected than ever 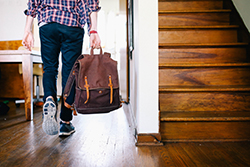 Last week marked the start of a new era in tenant protections in England, as stronger regulations were introduced into the private rented sector (PRS) from the 1st of October 2015 – tenants are better protected than ever.

The new rules will increase the workload of landlords and agents but will mean that landlords are now required by law to install and test smoke and carbon monoxide alarms in their properties before every letting, making tenants lives safer.

It will be the tenants’ responsibility to check and test the alarms during the tenancy.

In addition to the improved safety standards other efforts to drive up standards in the rental sector include preventing rogue landlords from carrying out so called “revenge” or “retaliatory” evictions. This is when landlords respond to tenants’ repair complaints by starting the eviction process rather than dealing with the issue as they should.

Tenants will have to put their complaints in writing to a landlords and the landlord will have to reply with an appropriate response within 14 days – in practice this will be a plan of action and time-scale for doing any necessary work or repairs.

If the landlord fails to respond, the tenant can report the landlord to the local authority and an inspection will be carried out. Where there are a serious repair issues in the Category 1 or 2 safety hazards (HHSRS Safety Standards), an improvement order will be issued and the landlord will be prevented from serving an eviction notice within 6 months of the order being issued, and until the work is done satisfactorily.

Research by the National Landlords Association (NLA) contacting 1,400 tenants, found nearly nine out of 10 (88%) of tenants were unaware of the new law around revenge evictions.

The NLA is asking councils to “spell out clearly” how they plan to deal with any complaints to ensure that legitimate cases are taken seriously, but spurious and mischievous ones do not hold landlords back from taking a property back into their possession.

Richard Lambert, chief executive officer of the NLA, has said:

“These kinds of evictions are extremely rare but we have to make sure that complaints by tenants don’t just get lost in the system, regardless of whether they’re legitimate or not.

“The majority of landlords only choose to end a tenancy if it’s absolutely necessary, so we have to make sure that the system isn’t abused by those simply trying to prolong the evictions process… If a tenant complains about a potentially hazardous issue then both they and their landlord should have a clear expectation of how and when the council will deal with it.”

“We’re determined to create a bigger, better and safer private rented sector. That means ensuring the safety of tenants with smoke and carbon monoxide alarms.

“These changes will help save lives by ensuring all landlords install alarms in their properties, giving tenants the vital seconds they need to escape.”

The changes come as landlords are faced with a considerable increase in their workload following a spate of regulatory “red tape” and unwelcome tax changes could cause some landlords serious cash-flow problems in the future.

On the other hand, with many renters facing the prospect of renting long-term, as house prices generally continue to push upwards, it looks like the growth of the PRS is set to continue.

A recent report put out by Post Office Money Mortgages says that nearly half (45%) of renters do not believe they will ever be able to afford to buy their own home.