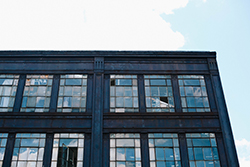 “So I am introducing new rates of Stamp Duty that will be 3 per cent higher on the purchase of additional properties like buy-to-lets and second homes.”, said Mr Osborne.

The duty will fall on small-scale private investment only, as the Chancellor says he will “consult on the details so that corporate property development isn’t affected”.

The extra stamp duty is calculated to raise almost a billion pounds by 2021, a sum which the Chancellor plans to reinvest in “local communities in London and places like Cornwall which are being priced out of home ownership”.

“The funds we raise will help building the new homes. So this Spending Review delivers:

The prospect of a new stamp duty tax on buy-to-let, on top of the removal of mortgage interest relief over a 4 to 5 year period announced in the summer, will do little to help the Government’s stated aim “to grow the private rented sector (PRS).

Coupled with the recent stringent new regulations for rental property management and the requirement to do “Right-to-Rent” checks by all landlords from 1st February 2016, it seems the government could not do more to cool the buy-to-let market, which many in the industry will admit, has been “overheating”.

The thrust of Government policy now seems to head in the direction of encouraging more house building, more how ownership as opposed to renting, and to encourage more corporate investment into the rental space.

As the Chancellor said of his statement, it’s “Delivered by a government committed to helping working people who want to buy their own home.”

The government is planning to sell old prisons which will create space for housing in inner-cities. The Chancellor said that one of the great social failures of our age has been the failure to build enough houses.

“Above all, we choose to build the homes that people can buy. For there is a growing crisis of home ownership in our country. 15 years ago, around 60% of people under 35 owned their own home, next year it’s set to be just half of that, he said.

“We made a start on tackling this in the last Parliament, and with schemes like our Help to Buy the number of first time buyers rose by nearly 60%. But we haven’t done nearly enough yet. So it’s time to do much more.”

As one might expect, the reaction to Mr Osborne’s spending review from private landlords and landlords’ associations has been swift and angry.

“If the chancellor wants to wipe out buy to let, why doesn’t he just say so?” says the National Landlords’ Association CEO Richard Lambert.

“The Chancellor’s political intention is crystal clear; he wants to choke off future investment in private properties to rent.

“The exemption for corporate investment makes this effectively an attack on the small private landlords who responded to the housing crisis by putting their own money into providing homes by the party that they put their faith in at the election.

“If it’s the Chancellor’s intention to completely eradicate buy to let in the UK then it’s a mystery to us why he doesn’t just come out and say so”.

See the full details of the Chancellor’s Autumn Statement here