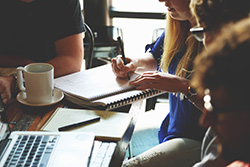 The chancellor’s policy of prioritising homeownership at the expense of the buy-to-let market has come under criticism from the Treasury select committee. The stamp duty land tax (SDLT) levy of 3 per cent on top of current stamp duty rates for buy-to-let purchases is due to take effect from 6 April this year.

Andrew Tyrie MP, chairman of the Treasury select committee and Conservative member of Parliament for Chichester, warned that a number of economists have pointed out that the problems in the UK housing market stem from a lack of supply. Mr Tyrie has said:

“The measures taken to curb buy-to-let will come at a cost, not only for those who will now face higher rents, but for the wider economy.

“A failure to ensure that individuals have access to a well-functioning, affordable rental market will inhibit labour mobility and reduce economic activity.

“The chancellor’s attempts to resolve what he calls a ‘home ownership crisis’ should not come at the expense of the private rented sector.

“Housing policy in the UK has been in a mess for a long time – caused by the policies of successive governments over decades and, often, their unintended consequences – sooner or later, more thorough reform will be essential.”

Office for Budget Responsibility calculations indicate that the SDLT surcharge will increase public sector receipts by £3.8bn over their forecast period, which, according to a report in the Financial Times (FT) make it the second largest tax raising measure in the Chancellor’s Autumn Statement. But the committee’s report shows their concern that the Chancellor may be making a big mistake when it says there is “high” uncertainty surrounding the costing.

They say that available data on second homes purchase transactions is poor, and they are anticipating “possible negative behavioural effects”. The conclusion appears to be that the committee fear that the measure may backfire on the Chancellor making the overall housing situation worse, not better.

The measures introduced in the Chancellor’s Summer Budget are the most worrying for landlords as they reduce the amount of mortgage tax relief a landlord can claim quite dramatically.

What’s more, the maximum lower rate (currently 20%) relief after 4 years cannot be charged against rental income, which will be added to other income, but only afterwards as a “tax credit”. The report says on these tax measures:

“While they clearly stimulate demand for owner-occupied housing, it is far less clear, despite the promises to the contrary, that the measures contained in the summer Budget and Autumn Statement will materially increase the supply of homes. “This is likely to lead to a rise in house prices, sharply curtailing any overall increase in owner-occupation.”