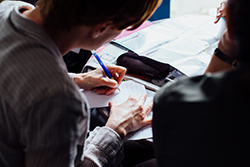 BREAKING – a Government press release today from James Brokenshire MP at The Home Office , UK Visas and Immigration, confirms that Right to Rent Immigration checks will be mandatory for all lettings in England from the 1st of February 2016.

All private landlords in England will have to check new tenants have the right to be in the UK before renting out their property.

Under these new rules, any landlord who fails to check a potential tenant’s ‘Right to Rent’ will face penalties of up to £3,000 per tenant. The new law includes those who sub-let or take in lodgers.

The Right-to-Rent legislation was introduced in the Immigration Act 2014 as part of the government’s reforms “to build a fairer and more effective immigration system”. The first phase was launched in parts of the West Midlands, and today’s announcement is the next stage of the scheme’s national roll out.

“Right to rent checks are quick and simple, and many responsible landlords already do them as a matter of routine. We are providing landlords in England with all the advice and support they need before the checks go live on 1 February 2016.

“The new rules are part of the Immigration Act 2014 which introduced measures to reform the immigration system. Right to rent is about deterring those who are illegally resident from remaining in the UK. Those with a legitimate right to be here will be able to prove this easily and will not be adversely affected.

“The government’s new Immigration Bill builds on the reforms in last year’s Act, making it harder for people to live and work in the UK illegally. The Bill proposes new measures to make it easier for landlords to evict illegal tenants as well as a new criminal offence targeted at unscrupulous landlords who repeatedly fail to carry out right to rent checks.

“The phased introduction of right to rent, starting in the West Midlands, was to allow time to assess how the measures work in practice and to carry out an evaluation, which has also been published today. An expert panel, including the Equality and Human Rights Commission, as well as representatives of landlords and letting agents, local authorities, and Crisis (the homelessness charity) has worked with the government on the implementation and evaluation of the scheme.

“Under right to rent, landlords should check identity documents for all new tenants and take copies. The scheme has been designed to make it straightforward for people to give evidence of their right to rent and a range of commonly available documents can be used.

“The checks are backed up by codes of practice – including guidance on avoiding unlawful discrimination which was drawn up with the assistance of the Human Rights Commission.

“If a potential tenant has an outstanding immigration application or appeal with the Home Office, landlords can conduct a check on that person’s ‘right to rent’ via the Landlords Checking Service.”

Landlords in the phase one area (Birmingham, Dudley, Sandwell, Walsall and Wolverhampton) should continue to make the checks as they have been doing from 1 December 2014 – a postcode checker is available (see below) for people in these areas to find out if their rental property is affected.

Phase one of Right to Rent was subject to an evaluation over the first six months of the scheme (1 December 2014 to 31 May 2015) which was overseen by a landlords consultative panel. This reached multiple groups of interested parties including landlords, letting agents, housing associations, voluntary and community sector organisations, local authorities and tenants.

A wide range of research methods were used, including online surveys, focus groups, one-to-one interviews, and mystery shopping. The evaluation found that:

“At an overall level there did not appear to be major differences for White British and BME shoppers in accessing accommodation between the phase one location and the comparator area.”

Landlords and agents need to be aware of the Discrimination laws when carrying out checks. In the first instance all tenant need to be assessed in exactly the same way.

Right to rent checks: what they mean for you

Online Check if someone can rent your residential property