Prayers answered at Church of England, blessed by property boom 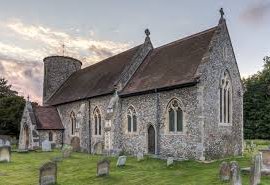 The recovery in the UK?s property market, seven years after the deepest recession in living memory, has helped boost the Church of England's investment portfolio to a high of £6.7bn at the end of last year, more than £1bn higher than just before the 2008 financial crash.

According to the Financial Times (FT) the Church?s returns have been boosted by new ventures, investing in forestry and timber and providing private credit. Apparently, the C of E is the largest private owner of forestry in the UK.

With a total return of 14.4 per cent for 2014, Church commissioners' have continued to improve their performance which follows a disastrous period for C of E finances after the 2008 crash when losses through bad investments forced an increase to the retirement age for the clergy.

Tom Joy, the commissioners' director of investments, told the FT, 'It was a good year' The key thing about property is that we have a lot of it ' so when it performs well it is a strong contributor.'

The C of E property portfolio, largely managed by its own staff, has been a very strong performer rising 27 per cent in value 2014 reaching £2bn. After charitable donations of £215m, the overall fund was valued at more than £6.7bn ' nearly £600m higher than at the end of 2013, and its highest-ever asset value.

The Church has also continued to provide credit to the tune of £50.5m of new allocation to fill the void left by lack of bank funding in the recession. Mr Joy said there is 'a real demand for alternative sources of credit'. The private credit loans produced a 10.2 per cent return.

Some of the biggest spending items in 2014 were £215m in charitable expenditure and £123m spent on pensions. This all helped to make the Church the second-largest charity in the UK.