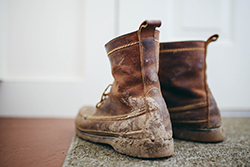 The Department for Communities and Local Government says the number of newly built homes continues to rise and is now at the highest level since 2008 to 2009, new figures released (26 May 2016) show.

139,690 new homes were completed in the year to March, representing a rise of 12% on the previous year and  also the highest level since 2007 to 2008. This continues an upward trend as both starts and completions have continued to grow gradually for the last 2 years.

Housing and Planning Minister Brandon Lewis said: “We’ve got the country building again and are seeing our house-building efforts paying-off with this considerable increase in the number of homes built in just 1 year.

“This is real progress but there is more to do. That’s why we are going further and increasing our investment in house-building to ensure many more hard-working people can benefit."

The Government say that house-building growth across the country is up and that these latest figures show strong regional growth in the north and in London, both regions experiencing high levels of completions.

Delivery of new homes in London saw 32% more homes being built in 2015 to 2016 than the previous year with local authorities in Basildon and Haringey seeing completions soar 279% and 1039% respectively over the same period.

Figures published in November 2015 show that the total number of new homes across the country rose by 25% in 2014 to 2015 when taking into account all homes, including new builds, houses that have been converted into flats and buildings whose use has been changed to residential.

The Housing and Planning Act, the Government says, will also help deliver on its ambition to build a million more homes. The Act “will ensure local authorities continue to play an important role in delivery, and new measures will allow them to provide more homes more swiftly”.

The House building in England: January to March 2016 statistics record the number of new build homes completed and started during the quarter January to March. It uses data sourced from building control officers at local authorities, the National House Building Council and independent inspectors.