No passport? No rent 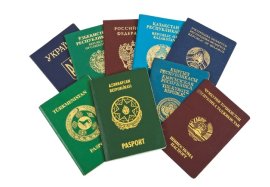 Under the new Right to Rent Scheme that was introduced in England earlier this year, Britons without a passport are finding it increasingly difficult to rent a property. Due to the new immigration checks that have to be completed under the new rules, that state a landlord must see a photo ID document such as passport or driving licence, landlords are understandably nervous about letting to anyone unable to provide one.

Landlords that fail to check that potential tenants have a right to live in the UK face fines of up to £3000 per tenant. As from the 1st of December it will actually be a criminal offence to knowingly rent to those without permission to live in the UK, meaning landlords could face a prison sentence if found to be doing so.

According to a recent survey reported on in The Guardian and conducted by the Residential Landlords Association(RLA) to assess the impact of the right to rent scheme found that two-thirds of landlords were not keen to rent to migrants that had a time limited entitlement to live in Britain and 56% said they would be reluctant to rent to anyone outside of Europe. More than 20,000 landlords from across England and Wales were represented in the survey.

The biggest worry for over two-thirds of those landlords surveyed, is that they might find themselves unfairly punished through making a genuine mistake or being caught out by forged documents.

Dave Smith, the RLA policy director, said: “These survey findings confirm our fears. Those who cannot easily prove their right to live in the UK, whether they are British or not, are finding it harder to access homes to rent. This is particularly concerning for those UK nationals without a passport, many of them the most vulnerable in society.

“Landlords are quite reasonably becoming ultra-cautious to avoid tough criminal sanctions and need reassurance that they will not be punished when they get fooled by false documents. They are not trained immigration officers.”

The immigration minister Robert Goodwill said: “We have made crystal clear that landlords will only be prosecuted if they knowingly rent to illegal migrants and that we will not criminalise those who have simply made a mistake or been misled by forged documents.”

Licencing of landlords on the rise Do landlords believe the government is anti investor? The different profiles of today's tenant To let furnished or unfurnished. That is the question. Half of middle-class children now being raised in rented accommodation