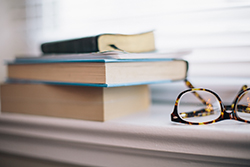 The minister said Tuesday’s publication will send a clear signal that the government will “keep the country building” while giving hard-working families every opportunity to unlock the door to home ownership.

“As a one nation government we’re determined that anybody who works hard and aspires to own their own home has the opportunity to do so.

“More than 230,000 households have been helped into homeownership through government-backed schemes since 2010, while our extension to the Right to Buy will see a further 1.3 million housing association tenants given the opportunity to own their own home.

“And the Housing Bill will allow us go even further by kick-starting a national crusade to get 1 million homes built by 2020. It truly is an historic moment that will help deliver the homes hard-working people rightly deserve, transforming generation rent into generation buy.”

Measures in the Bill include:

The government has also recently announced new measures that will make it easier to turn underused commercial office buildings into new homes.

In addition, a new website has been launched this week to help aspiring homeowners achieve their dream of home ownership.

According to the British Social Attitudes Survey, 86% of people aspire to own their own home, and the new Own Your Home campaign will help direct people to the best scheme tailored made for their needs.