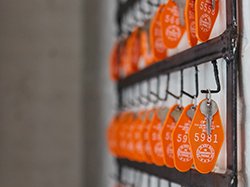 According to the results of a mass survey carried out by The Deposit Protection Service (DPS), 80 per cent of renters want tenancies of a year or less.

The survey contacted 40,000 renters, eight out of ten of whom wanted tenancy agreements of one year or less.

The Deposit Protection Service (The DPS) said that of 39,855 tenants responding to the survey, with their deposits protected by The DPS’. 80.1% preferred agreements that lasted no longer than 12 months. 34.60% of respondents wanted contracts for six months or less.

“This comprehensive survey suggests that the idea that tenants crave longer tenancies is a myth.

“Like landlords, many tenants prefer the flexibility provided by shorter tenancy agreements rather than being locked into long commitments over where they live and who they rent from.

“Tenancy agreements are vital ingredients in establishing happy tenancies for both landlords and tenants, and it’s critical that they reflect the needs of both parties.”

The survey revealed that around 70 per cent (69.88%) would prefer a rolling (periodic) contract with one or two months’ notice at the end of their tenancy rather than a new fixed-term contract, which was preferred by 28.05%.

Many landlords are happy to allow tenancies to lapse into a periodic (month to month) contract when the tenancy term (usually 6 or 12 months) ends, which gives tenants a certain degree of flexibility – only one month’s notice is required by the tenant under the Assured Shorthold Tenancy legislation. The landlord must give two months’ notice.

“I’m currently working on a short-term contract, so a shorter tenancy works far better for me. The nature of my work means I move around so I don’t want to be trapped somewhere or risk paying large sums for no good reason.”

Mitchell, 25, a chef in Weston-Super-Mare, said:

“I prefer short term contracts as they don’t tie you down to one property.”

“I preferred a shorter-term agreement because my husband and I were in between properties. We didn’t want to be tied down and, if we wanted to stay longer, we could always go ‘periodic’ at the end.”

George, 25, in Lancaster, said:  “I’m a student so I need flexibility over where I live.”

The Assured Shorthold Tenancy (AST) was brought into being through the Housing Act 1988 to give both landlords and tenants some flexibility, but also some security. Most landords prefer to let on a short-term basis ( 6 or 12 months) at least initially until the tenants have proved themselves as reliable.

Once the initial term is up, some landlords prefer to allow the tenancy to become periodic (which happens automatically) but some like to sign up to a new fixed-term tenancy, which gives both the landlord and tenant some security.

An Assured Shorthold Tenancy can be for a shorter term, say 3 months, but the tenant is always guaranteed a minimum term of 6 months. However, where both parties are in agreement, ASTs can be signed up for longer periods, say 2, 3 or 5 years. The new Government tenancy agreement is designed for the purpose of allowing longer terms where the parties desire this.

See the Model agreement for a shorthold assured tenancy here