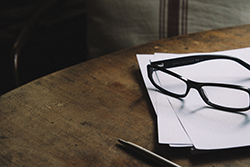 A group of landlords is to launch a legal challenge to George Osborne’s buy-to-let tax changes, which are due to come into force from April 2017.

The proposed changes could see some landlords paying income tax on property investments that actually make a loss.

Acting on advice from Cherie Blair’s firm, (a substantial property investor herself) Omnia Strategy, the landlords’ group has decided to instigate a judicial review of the proposed tax changes, claiming that the move, which they think is politically motivated by anti-landlord sentiment, breaches human rights legislation and European law.

“The plight of first time buyers is one we understand. But it is wrong to put the blame on leveraged buy-to-let landlords with mortgages. Cash buyers are not affected. What the government is doing is victimising one group of individuals who have mortgages.

“Landlords are being demonised when the fundamental problem is that the government has not created enough new homes.

“Not only is this tax grab unfair, undemocratic and underhanded, but we believe that it could also be unlawful,” thinks Bolton.

The legal action is expected to start early in 2016.

To rub salt into landlords’ wounds, following the Summer Budget withdrawal of interest relief, the autumn statement added an extra burden of a 3% stamp duty on buy-to-let and second home purchases, starting from April 2016.

The Chancellor justified this move by saying: “frankly, people buying a home to let should not be squeezing out families who can’t afford a home to buy.”

The landlords’ argument is strongly opposed by campaigning groups who act on behalf of tenants, and in particular young adults and their families forced into renting when they feel they should be able to buy a house at an affordable price.

Duncan Stott of or one group calling itself “Priced Out” has said:

“The reduction in tax relief available on buy-to-let mortgage interest is welcome, as not only is this an unfair tax perk that is unavailable to ordinary homeowners, but it also encourages landlords to pump more mortgage debt into the housing market.”

The Bank of England has  expressed concern about the risk to the UK’s financial and economic stability from the amount of buy-to-let mortgage debt owned by the lending banks.

According to the Council of Mortgage Lender’s (CML) figures, buy-to-let mortgage lending increased by 10% in the first nine months of 2015. This compares to almost no increase in home owner mortgages. The Bank has said it is reviewing the lending criteria and is likely to take action.

Currently, buy to let lending is unregulated with cheaper interest-only mortgages, while home owners are required to meet stricter criteria and pay more for their loans.

Landlords argue that they don’t get the relief from capital gain tax that homeowners do when they sell, and that property price increases are a world-wide experience, down to inflated asset prices due to ultra-low interest rates.

Even The Institute of Chartered Accountants in England and Wales, representing thousands of accountants has been critical.

A spokesperson ICAEW has said: “The 3% rise in stamp duty land tax for purchasing buy-to-let and second homes will affect individuals but not it would seem corporate investors. This compounds the complexity already announced in the July budget to cut income tax relief interest paid for financing such properties.”