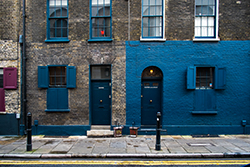 Buy to let (BTL) investors are looking to the cheaper end of the market, chiefly in lower priced areas, as low interest rates still encourage buying, but tougher regulation of buy-to-let mortgages is beginning to dampen demand for more expensive homes in pricier locations.

The BTL market has been growing rapidly recently, to such an extent that the Bank of England (BoE) is becoming concerned about the stability of lending banks, should there be another downturn. The Bank, in conjunction with the Treasury, are therefore regulating the previously unregulated buy to let mortgage lending regime.

In addition to this, tough new tax regulations were proposed in the last Budget by George Osborne, along with some more onerous rental rules, including Right-to-Rent checks, all of which will make BTL less attractive, and the task of buy-to-let landlords more onerous.

The researchers used price comparison websites to gather their data. The research showed that Internet searches for mortgages on homes worth less than £150,000, in the three months to September 2015, rose to by around 15% compared to 12 months ago. In the same period those potential buyers seeking properties between £250,000 and £499,999 fell from 44 per cent to 24 per cent over the period.

So far it seems attempts to damp the market appear to have failed. Brian Murphy, head of lending at Mortgage Advice Bureau, told the FT that the broker had seen a surge in buy-to-let landlords looking for mortgages on lower-priced properties:

“As rental demand remains strong nationwide, opting for a cheaper property can result in more attractive yields. It appears many landlords are looking to invest in areas outside the south of England, where property prices won’t hold them back from making a profit.”

Landlords are still taking advantage of the low mortgage rates and rising house prices on their existing properties to take equity out of their portfolio for deposits on further purchases. Mr Murphy told the FT:

“You can re-mortgage back up to 75 per cent or more and probably do it at rates cheaper than you were originally borrowing at?.?.?.?You can understand why the business has been growing at the rates it has.”

The limiting of mortgage interest tax relief available to landlords, measures which start to come in from 2017, should already be being factored in by borrowers, but some have yet to appreciate the full effect this will have.

David Lawrenson, a landlord adviser at LettingFocus.com, told the FT, the changes have damped demand for more expensive homes. “By and large there’s going to be less advantage to gearing up and buying a larger property.”

The research shows that borrowers are switching from the previous hotspots of London and the Southeast to other parts of the country, where rents remain relatively high but prices significantly lower. “You’re making a much better return pound for pound,” said Murphy.

Wealth manager Brewin Dolphin found that four out of five BTL investors appear to be ‘blissfully unaware’ of tax changes that could hit the income they currently enjoy from their properties. Over-optimistic BTL investors, he thought, may be walking unknowingly into a “disaster waiting to happen”.

Residential BTL landlords could see their rental incomes reduced considerably when the maximum amount of tax relief they can claim on mortgage interest falls from the current 45% and 40%, the top levels of tax, to the basic rate of 20 per cent. The new policy will be phased in over 4 years from April 2017, and completely implemented in 2020.

The demand for BTL property is insatiable, which now amplifies the risk for buy-to-let investors,’ Rob Burgeman, divisional director at Brewin Dolphin has said:

“As property values have increased over the years, we have been lulled into a false sense of security. With the chancellor’s tax relief changes, the harsh new reality hasn’t yet sunk in for investors: the buy-to-let market is a disaster waiting to happen.”

For the 65% of BTL investors owning their properties outright, and the lower rate tax payers will be largely unaffected by the tax changes, but for those who have seriously built-up large portfolios on borrowed money, and especially those on high rate tax bands, the change will worrying.

Savills’ director of residential research Lucien Cook has said that landlords are set to feel the pinch, but the changes will by no means mean disaster; the average loan-to-value is only 54 per cent:

“On average they will see the amount of cash generated shrink. The people with high gearing or with very low yields and moderate gearing will struggle to make sums add up when it comes to 2020.”