Landlords and the Housing and Planning Bill 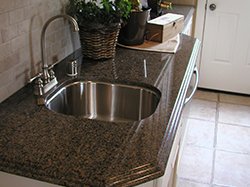 The measures are far reaching and are intended to ease the way and encourage the building of new starter homes and self-build among many other things to do with planning and development.

Local authorities, many of whom have so far resisted planning and development measures introduced under the last government, for example the conversation of redundant office space to residential, will be put under a duty to promote the supply of new homes, and to prepare reports about the actions they have taken under the starter homes duties.

However, of most interest to landlords are the measures included to tackle so called “rogue landlords”.

A banning order is a new concept in housing which will be an order made by the First-tier (Property) Tribunal, which has the effect of banning a person from:

The regulations will be set out what explaining constitutes a banning order offence.

The clause in the Bill provides that in deciding whether to make a banning order and if so, what order to make, the Tribunal must consider:

A ban must last for at least six months. If the order is breached, a the local authority can impose a financial penalty up to £5,000.

Creating a Database of Rogue Landlords and Letting Agents

The Secretary of State is to be required to establish and operate a database of rogue landlords and letting agents. All local housing authorities in England will be responsible for maintaining the content of the database. Those with banning orders made against them will be included, plus those where a local authority deems them suitable for inclusion, even if they are not in possession of a banning order.

An appeal mechanism is to be available for those included in the “rogues’ database”.

This provision in the Bill for Rent Repayment Orders will empower the First-tier Tribunal to make the orders to deter rogue landlords who have committed an offence, or rented housing in breach of the new banning order. The offences will be:

An order requires a landlord to repay rent paid by a tenant or to repay to a local housing authority housing benefit or universal credit which had been paid in respect of rent.

Abandonment of rental properties has for a long time been a very difficult situation to deal with for landlords, given the provisions of the Protection from Eviction Act 1977.

The Bill provides that a landlord may follow course to recover possession of a property where it has been abandoned, without the need for a court order. A private landlord will be required to give a tenant notice which brings the tenancy to an end on that day, if the tenancy relates to premises in England and certain conditions are met: