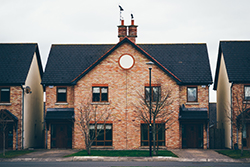 The total value of UK landlord owned housing has now overtaken that held by mortgaged owner-occupiers, according to a recent survey carried out by property consultants Savills.

Savills calculations show that around £1,077bn of net equity - the proportion of the home owned as opposed to mortgaged -  is held in those homes owned by private landlords. This compares with just under that figure; £1,067bn in mortgage owned owner-occupied homes, according to a recent report published in the Financial Times.

It shows the true scale of the problem facing government with its priority home ownership policy. The “Baby Boom” generation of owner-occupiers, those born just after WW2 and either retired our retiring now, are the real beneficiaries of the housing boom, with around £2,097bn of equity held mortgage-free. They are the real winners in what Savills claims is a 300% increase in average property values over 20 years, while the younger “Generation Rent” is struggling to get onto the housing ladder.

Speaking of the Conservative’s stated intention and a key priority of boosting home ownership, Lucian Cook, head of residential research at Savills, told the FT: that seeking to reverse this trend was like “turning a very heavy battleship”. He questioned whether a series of schemes aiming to promote home ownership could impact on the structural shift.

With housing shortages, rising rents and home ownership declining in most Western economies, the trend really does seem structural and the various UK government schemes, such as “Help-to-buy”, could struggle against this.

As Mr Cook from Savills has said:

“I suspect (the government initiatives) will help parts of the market, but they are unlikely to reverse the trend wholesale. There is a policy tension with the Bank of England trying to ensure there isn’t a debt-driven housing market boom.”