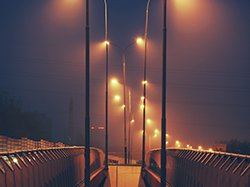 Mr Pervez was left with fractures to his jaw, cheekbone, eye socket, nose, and teeth as the Bradford father-of-three deliberately ran over the man during a heated row over a rent arrears dispute. Pervez also suffered severe bruising to both his hands, torso, back, and legs.

Hussain was found guilty of causing grievous bodily harm with intent at his trial, which ended at Bradford Crown Court on Thursday 19th November. The jury also found Hussain along with his brother-in-law, Mohammed Khurshid, guilty on two charges of “committing an act intending to pervert the course of public justice” after they threatened witnesses at the scene after the incident.

The court was told that Mr Pervez had been involved in a confrontation with Hussain, of Boynton Street, West Bowling, after he had gone to collect rent from Pervez on behalf of his father, the owner of the property.

After an argument in the street, Hussain drove his car at the victim Pervez, when he had two of his young children inside the car, and he then reversed the vehicle over him.

Eyewitnesses to the incident said they heard Pervez “screaming in the road” after he was run over, while other onlookers ran to offer first-aid, and one taking the keys to the car from Hussain.

Khurshid, of Tichborne Road West, West Bowling, then arrived at the scene in a different vehicle. Witnesses reporting seeing him shouting at Mr Pervez as he lay injured in the street, saying:

“Are you happy now? This is what happens when you don’t pay your rent.”

The Judge, Recorder Nigel Sangster QC, reported by the Bradford Telegraph & Argus, said Hussain and Khurshid had threatened the witnesses, warning them: “You had better not make this look bad for us. We will track you down.”

Sentencing Hussain to ten years in prison yesterday, Recorder Sangster said: “This was an attempt to collect rent arrears by disgraceful means.

“I do not accept you attended for a peaceful discussion. You were aggressive from the outset.

“You drove your car towards Mr Pervez with the intention of running him over, which is exactly what you did.

“He suffered severe injuries, and there are shocking photographs showing bruising over his entire body.

“I am satisfied you attended the house with the intention of being aggressive, confrontational, and causing trouble.

“This incident occurred in a residential place where members of the public could have been shocked and horrified by what they saw, and indeed, they were.

“When others were horrified and panicking and you knew Mr Pervez was seriously injured, you stood calmly by your car with arms folded.”

Khurshid was jailed for 12 months, suspended for two years, and ordered to perform 150 hours of unpaid work.

“Hussain caused life changing injuries to his victim by deliberately driving at him and running over him.

“We hope the sentence he has received will give his victim some comfort and serve as a warning to others that violent crime will not be tolerated in Bradford district.”