Increase in homelessness not landlords fault 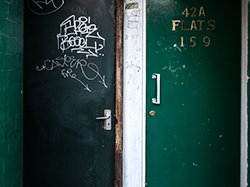 The Residential Landlords’ Association (RLA) claims that private rented sector (PRS) landlords are being unfairly blamed for the increase in the number of homeless on the UK streets.

The RLA says it believes that “there are many external contributing factors” putting pressure on landlords that need to be highlighted when it comes to tackling the issue. The RLA has submitted a written response to the Department for Communities and Local Governments’ (DCLG) calling for evidence on the reasons behind the increase in homelessness.

In their response the RLA say that:

“It is a common myth that landlords will evict tenants without reason, but we found in a survey of over 1,700 members that only just over half had ever evicted a tenant and 89% had said that this was due to rent arrears or anti-social behaviour.

“The raft of welfare reforms that are about to hit many low income claimants and families are already starting to make landlords worry. In our Welfare Survey this month 66% of more than 800 respondents answered that they are more reluctant to let properties to tenants who are of working age and on benefits because of the benefit cap.

“At present the Private Rented Sector is facing unprecedented targeting by the Government and Treasury. The restrictions on mortgage interest relief are causing landlords to reconsider who they rent to as they need a less risky return on their investment with reliable rent payments and possible rent increases to cover the extra cost.

“One of the most important things the Government can do to help prevent homelessness is to simply increase the supply of affordable housing. The Government seems to recognise this, however increasing stamp duty for buy-to-let purchases, reducing mortgage interest relief and changes to other tax allowances such as wear and tear are clear disincentives for small landlords.”

Government changes to remove housing benefit from 18 to 21 year olds from April will make it far more difficult for these people to access rented housing according to landlords. A new RLA survey of more than 1,000 landlords found that 76% of landlords will be reluctant to rent accommodation to 18 to 21 year olds because they fear that they may not have enough money to pay the rent.

“Rented housing is crucial to enabling young people to quickly access work opportunities wherever they might be. By making it more difficult for them to secure rental properties Ministers are making work prospects increasingly difficult for them.

“A simple solution would be to give tenants the option of having payments of the housing element of Universal Credit paid directly to the landlord. This would give all tenants and landlords the security of knowing the rent has been paid.”