How to Remove Unsightly Limescale

Whether you are a home owner or a tenant, at some point you’re going to come across limescale, particularly if you live in a hard water area. It can turn up in your kettle, clog up your shower head, block pipes and discolour tiles around the bathroom and kitchen.

You’re more likely to find limescale in hard water areas. It’s a chalky, whitish substance that you’ll notice at the bottom of your kettle after you’ve used it for a while and is down to a deposit of calcium carbonate.

Of course, the main area where you’re going to find limescale is where you have water – the bathroom and kitchen. There is no real evidence that it’s harmful to your health but limescale certainly looks unsightly and can damage equipment such as kettles if left untreated – heated water which is allowed to cool will create more limescale than anything else. Appliances such as dishwashers, washing machines and even your central heating can all be affected over time because of limescale. 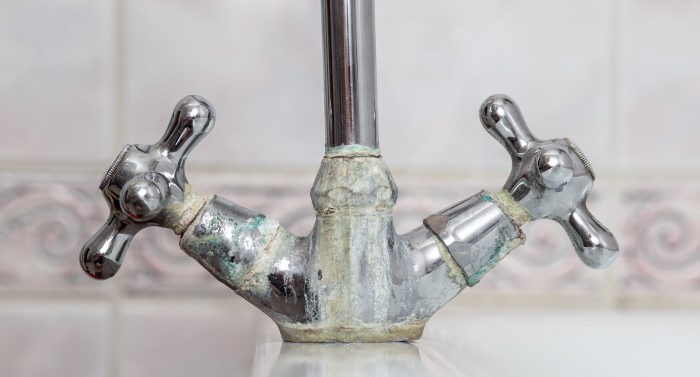 Top Tips on Removing Limescale in Your Home

More people in hard water areas are beginning to have water softeners installed which, while they can be a little expensive, work to reduce the amount of limescale likely to form. Some also suggest that the water quality is better for drinking (though most people in these areas filter their tap water anyway). If you’re not planning to invest between £400 and £1,000 for a top of the range water softener, then your main focus is going to be on getting rid of limescale when it forms.

Limescale, once it forms, is a hard substance which is difficult to scrub away. The good news is that you can dissolve it quite easily with any acidic solution. There are plenty of different options you can buy in stores but you can also make your own from a couple of products you may have sitting around in the kitchen – a mixture of vinegar and lemon juice should do the trick quite nicely.

Pour a mixture into your kettle or coffee machine and let it sit for a while before rinsing out thoroughly.  You can do the same with your appliances, for example, by running an empty washing machine with a vinegar and lemon juice mix instead of soap. It’s a good idea to do this on a regular basis rather than letting the calcium deposit build up over time.

Taps are a little more problematic because you need to keep the acid solution covering them and give it the chance to work its magic. Soaking a towel in vinegar and lemon and wrapping around the tap for half an hour or so should do the job. For flat surfaces such as tiles, fortunately, it’s a lot easier. Fill a spray bottle with the mixture, apply and leave for a few minutes and then wipe off with a cloth.

Unfortunately, limescale is something that you have to live with in hard water areas. The good news is there’s plenty you can do to get rid of it. Regular maintenance of appliances such as kettles and coffee machines as well as washers means that you won’t end up with unsightly deposits and your appliances will last a lot longer.