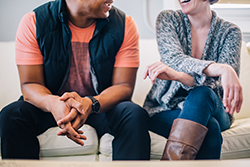 Government policies are discriminating against private UK property investors by making it easier for foreign investors to purchase properties. That’s according to recent allegations made by the Residential Landlords Association (RLA), in a submission to the Treasury ahead of the coming Budget in March.

In his Autumn Statement Chancellor Osborne announced that a 3% levy on Stamp Duty (SDLT), what that some have dubbed “The Landlord Tax”, for the purchase of buy-to-let property. But this will exclude those investors who are able to buy 15 or more properties at once.

Mr Osborne knows that the vast majority of investment in UK rental housing market is made by small-scale landlords, 70% of who own just one or two properties to rent.

The RLA’s contention therefore is that the legislation will discriminate against them in favour of larger investors, many of whom are likely to be from overseas. The RLA is calling for all new-build properties, which will contribute to a net increase in the housing stock, to be exempt from the stamp duty levy. A survey conducted by the RLA of over 1,100 landlords found that 30% would be more likely to buy new properties if there were a case for this.

The RLA says that with the Office for Budget Responsibility uncertain about the likely impact of the Stamp Duty changes, the Government should give more time to consider the implications of the policy, given that it may have serious implications for housing supply.

Government ministers have indicated that the policy will be implemented as planned from the 1st April, despite the consultation not yet having been concluded.

“It is astonishing that a Conservative Chancellor is leaving the way open for foreign investors and cutting opportunities for individual UK landlords.

“The Chancellor’s planned changes to Stamp Duty came as a bolt out of the blue. Regardless of the Government’s plans for home ownership, demand for rented housing is only set to increase.

“The Government needs to understand that not everyone will be able to afford to buy a house or indeed want to, even if more houses are built. Its whole policy towards the private rented sector needs to change. If it does not, it will only make the housing crisis worse.”

The RLA has said it is also taking advice over whether the Government’s changes to mortgage interest relief, announced in the 2015 Summer Budget, are in breach of the Human Rights Act and European Union Law on free movement of capital. This follows action by a consortium of private landlords who intend to seek a judicial review following their own legal advice to fight the tax change. The Landlords’ biggest concern has been the withdrawal of the mortgage interest tax relief announced last summer, which has always been available for buy to let investors.

The plan is to restrict the relief to the basic rate of income tax, most likely to hit hardest those higher-rate tax payer landlords with substantial mortgage funding.

The RLA feels strongly that the tax changes will adversely affect the provision of housing in the UK and will hit tenants just as much as landlords:

“The government needs to understand that not everyone will be able to afford to buy a house or indeed want to, even if more houses are built. Its whole policy towards the private rented sector needs to change. If it does not, it will only make the housing crisis worse.”

Ruling out an immediate rise in interest rates last week, the Governor of the Bank of England said that the uncertainty in the global economy and weaker-than-expected UK growth is the reason. In his statement Mr Carney mentioned his concern about the potential risks he sees with the UK’s buy-to-let sector of which he said “vigilance is merited” in assessing the possible risks of “pockets of more buoyant activity in areas such as buy to let mortgages, unsecured consumer credit and commercial real estate.”

Mr Carney outlined three measures the Bank would be taking to keep the housing market and property investment in check: