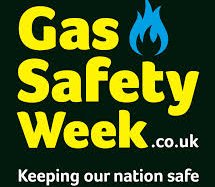 A Which' investigation has discovered that only two out of ten gas engineers, tested from firms selected at random, carried out their checks correctly.

Their conclusion was that poor work carried out by the majority of gas boiler engineers was putting people's lives at risk.

Only two of the companies tested, British Gas and Corgi, carried out the minimum legal checks during an engineer call-out, but none of those tested followed the boiler manufacturers’ servicing instructions properly.

The consumer group, which found that boilers set at extremely high pressure went uncorrected by six of the engineers, has now shared its information with Gas Safety Register.

Other defects which did not receive attention included not checking the boiler?s cases for leaks, allowing unburned gas to leak out into the room, and in two cases, telling downright lies about safety checks.

Which' had called out five major companies and five independent heating engineers chosen completely at random.

"The results are shocking, with most engineers we put to the test failing to do what is legally required.

Faulty boilers could have serious or even fatal consequences for consumers so more must be done to check up on and crack down on incompetent engineers."

Gas Safe Register is the official gas registration body for the United Kingdom, Isle of Man and Guernsey, appointed by the relevant Health and Safety Authority for each area. By law all gas engineers must be on the Gas Safe Register.

Gas Safe Register replaced CORGI as the gas registration body in Great Britain and Isle of Man on 1 April 2009 and Northern Ireland and Guernsey on 1 April 2010.

The main focus of the Register is on improving and maintaining gas safety to the highest standards. We make sure all gas engineers on the Register, over 120,000, are qualified to work with gas.