Does Tesco have the answer to the housing crisis? 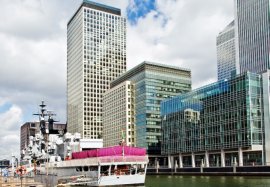 Tesco has come up with an innovative to solution to the lack of affordable housing in the UK. It has pledged to build new homes and leisure facilities around huge new supermarkets around the country. Of course, the supermarket giant will be hoping that this will also help overcome some of the objections to the proposed new stores.

The plan is to turn the sites of some of its largest supermarkets into ‘mini-Tesco villages’ including hundreds of new homes. Chief Executive of the Britain’s largest supermarket chain, Dave Lewis, is working with property developers Apex Airspace to build flats on top of some of its superstores and car parks. Tesco has already identified 15 sites, most of which are in London, with another in Oxford.

Air rights refers to selling the rights to build over retained land on a long leasehold basis. This means flats can be built on top of existing building. Recently this has been done by way of pre-fabricating the flats off-site then having them crane lifted into position on a building. As reported in the Telegraph recently, a study conducted by consultancy group WSP and engineering services business Parsons Brinckerhoff in 2014 revealed that the “airspace” above the schools, prisons and libraries has the could potentially provide space for 630,000 new homes. As it stands, London is quite a low-rise city in comparison to others in Europe, but as land becomes more and more scarce, that could be set to change with these plans.

Mr Stewart was keen to point out that the idea would not involve Tesco investing more cash as the proposed development could deliver 180,000 new homes worth 54bn, according to consultants at HTA Design.

The plan for these ‘mini-villages’ doesn’t stop there, the Telegraph also reports that the retail giant is also in talks with McDonalds and other retailers about selling space in its stores. It also plans to deepen its ties with Sir Philip Green’s Arcadia brands, including Dorothy Perkins and Burton alongside the international ties it already has with Sports Direct and H&M .

There is some opposition, however, from those that feel that Tesco has too much dominance over too wide a field as reported in the Daily Mail, “It has an online estate agent to market homes and a bank that will provide mortgages, while its Tesco Direct online store can furnish a home from top to bottom.”

How to price your property to sell Do you live in a 'happy' place? Housebuilding continues to fall short of demand Britain needs 5 million new homes Downsizing to fund a pension not realistic