Do landlords believe the government is anti investor? 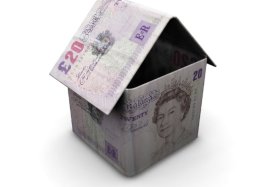 92% of landlords believe that the Government is ‘anti-landlord’, according to a recent survey. From the 783 landlords from across the nation that took part in the research, the overwhelming feeling seemed to be one of anger, with the most outspoken responses coming from those that had been landlords for less than 5 years and were owners of 5 or fewer investment properties.

This year’s stamp duty changes were a particular point of contention, according to the survey by Martin & Co, with more than 74% of landlords wanting to see the changes scrapped in the in the Autumn Statement which sadly did not come to fruition. Another source of anger from those surveyed was the severe changes in mortgage relief that are due to come into effect in April 2017. As it stands, landlords are able to deduct the interest from their mortgage costs from their rental income before calculating the tax payable, once the changes come into effect, this will no longer be possible.

Uncertainty surrounding the outlook for property market in the upcoming year was also apparent among the majority with 61% feeling this way. Again, most of the negative responses were from those investors that were relatively new to investment properties having been owners for less than 5 years. However, longer term landlords are feeling more positive and secure within the buy to let industry and still make up the majority of the sector at 60%.

The reason, according to the research, that landlords are investing in property is predominantly to supplement their income and despite the obvious anger at the recent Government changes, most still seem to be in it for the long haul with 74% never having sold a property and only 10% entertaining the idea of selling over the next couple of years.

“The Government seems to be set on making life as difficult as possible for property investors, while ignoring the fact that landlords provide essential rental properties in locations where there are housing shortages and no realistic ability to buy. “ commented Ian Wilson, Chief Executive of Martin & Co.

The general consensus of landlord comments, seems to be of frustration that the Government is making things increasingly difficult for landlords at a time when they should be encouraging investment due to the shortage of affordable rental properties.

Licencing of landlords on the rise No passport? No rent The different profiles of today's tenant To let furnished or unfurnished. That is the question. Half of middle-class children now being raised in rented accommodation