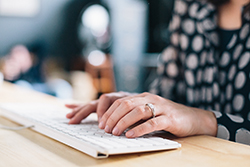 The Local Government Association (LGA) which represents councils at national level says the present system for dealing with rogue landlords is “unfit for purpose” and should be replaced with a national database covering all housing-related convictions.

Serial criminal landlords, according to the LGA, are being prevented from operating in some boroughs and then moving to others in order to continue their unscrupulous businesses, and local authorities don’t have the powers to tackle this.

Currently plans are going through Parliament in the Housing and Planning bill for a database listing landlords who are subject to what are to be called “banning orders”. However, councils would like this expanded this concept to include private landlords who have other housing-related convictions.

The LGA’s research into housing related issues has highlighted that bringing landlords to justice currently takes up to 16 months, by which time the landlord can have moved on somewhere else, leaving the council with a legal expenses bill.

Often fines imposed are out of proportion to the offence and the earnings of landlords from these types of crimes. Some are even building the costs of fines into their business model. The LGA quote an example of Wolverhampton City Council discovering a property with 11 serious contraventions which resulted in a fine of only £2,600 for the landlord. The council was, however, left out of pocket by almost £5,500 from costs.

The LGA calls for:

LGA environment spokesman Cllr Peter Box, says: “A national information pool of rogue landlords is urgently needed so councils can identify the serial rogue operators and target them more effectively. We are calling for a system which protects the good landlords, whose reputation is being dragged down by the bad ones.

“Councils are doing everything they can to tackle rogue landlords. However, they are being let down by the current system, which fails to account for the seriousness of the situation. Local authorities have found homes with fire escape doors opening out onto three-storey drops and without proper front doors, so tenants have discovered strangers sleeping on their sofas. Rogue landlords are calculating they can keep these sub-standard properties going while the cash comes in and walk away with effectively a slap on the wrist.”