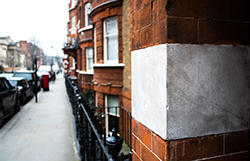 Mr Coady’s comments come in response to the Chancellor’s announcement of a 3% additional stamp duty rate (SDLT) on buy-to-let properties and second homes in last week’s Autumn Statement. These tax charges come on top of the recent withdrawal of mortgage interest relief announce in the July Budget.

Denouncing the latest move as a “political stunt”, designed to show the government is listening to the desires of Generation Rent, to struggling first time buyers, to their parents, and to the anti-landlord sentiment that’s been peddled in the press.

Coady describes the government’s initiative to help as many people as possible to own a home as “commendable”, but he gives reasons as to why the measure will prove ineffective:

“The stamp duty will be ineffective in helping first time buyers, indeed it could hinder them further.  If the government is serious about helping generation rent it needs to rethink.  The solution to the housing crisis is not the rate of stamp duty.”

“Planning restrictions and building more homes would be a better way to deal with the ongoing housing crisis in Britain.”