Becoming a company doesn't 'stack up' for most landlords 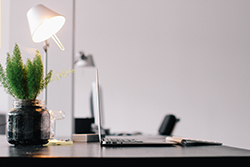 According to a recent survey carried out by the National Landlords Association (NLA) 40 per cent of landlords (four in every 10 questioned) say they are seriously considering forming a limited company to operate their buy-to-let business as a way of limiting their exposure to changes  in  mortgage interest relief.

These changes were announced in last year’s Summer Budget and are due to be introduced on a sliding scale over 4 years starting 6th of April 2016.

Certainly, a good proportion of all landlords will be looking into the option in the coming months, according to latest NLA survey[i]. However, the NLA’s research found that so far only one per cent have actually incorporated.

There is a high cost for transferring property held personally into a company – when transferring, a property it is effectively sold and bought by the company from the private individual, incurring conveyancing costs as well as stamp duty land tax (SDLT) and possibly capital gains tax (CGT). In addition, accounting costs for setting up a company and annual accounting audits and returns must be factored in. Professional setting-up costs are typically around £600 to £1200 with annual accounting costs about the same.

The NLA’s findings also show that three in 10 (31 per cent) of the landlords surveyed had no intention of moving their portfolio to a limited company, and that 29 per cent are still unsure about whether they will incorporate or not.

The Turnover Tax as its being called, because landlords’ tax will be calculated on rental income they earn, rather than their profits, is seen as a way of forcing many basic rate payers into a higher tax bracket, and leaving higher and additional-rate payers with considerably bigger tax bills. But for landlords structured as companies their tax calculations will be unchanged; they will be able to deduct 100% of their mortgage interest payments from their profits before being subject to corporation tax – currently at 20 per cent, and forecast to be lower. However, they will still be subject to income tax when they draw money out of their company.

Richard Lambert, Chief Executive Officer at the NLA, said: “Transferring personally held property to a limited company isn’t a straightforward process, so it’s not surprising that so few have taken this action so far.

“Landlords need to do their research but many will realise that incorporating simply doesn’t stack up financially; doing so will incur capital gains and potential stamp duty charges, which means the process may be prohibitively expensive”.