Are You Prepared for Right-to-Rent Day? 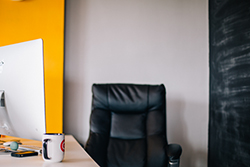 Landlords can be fined up to £3,000 per tenant for failing to check a tenants’ immigration status for Right-to-Rent from this date.

Most landlords already carry our pretty thorough checks on tenants (or they should do), including credit checks and referencing, before they rent to them.

But from February landlords will also need to check if tenants have a right to reside in the UK. This will involve checking identities and certain documents such as passports or Home Office immigration status documents to ensure they are safe to rent to that person.

As well as traditional landlords, individuals who sub-let, and homeowners who take in lodgers, must also check the right of prospective tenants to reside in the country.

Fortunately, most of the reference agencies will be including these checks in their standard referencing procedures, but landlords or their agents will still need to eyeball the individual for identity checks and collect documentary evidence, for example copies of passports and ideally tenant photos.

If landlords are to avoid falling foul of the discrimination laws – The Equality Act – ALL tenancy applications will need to be processed in basically the same way: the same questions will need to be asked of applicants and the same documents checks carried out, though obviously for foreign nationals the checks may need to be extended somewhat.

What’s just as important for landlords and their agents, documentary evidence, or a paper trail, to show that the procedures have been followed, will be vital.

Under the Right-to-Rent scheme, all tenants and lodgers over the age of 18 must have a right to remain in the UK for the length of a new tenancy, and follow-up checks will be required for longer stays. Any suspicions about the tenant’s rights or remaining rights to stay will have to be reported to the Home Office.

The Immigration Bill, which is currently passing through Parliament, is likely to introduce even more stringent rules and it will be made it easier and quicker for landlords to evict illegal tenants if they lose their rights or they have no rights to remain in the UK.

Social landlords (Councils and Housing Associations) plus students accommodation will be exempt these checks providing the local authority or higher education institution has evidence of the individual’s right to be in the UK.

Landlords will be required to see and keep copies of specified documents that show a tenant or lodger has the right to live in the UK. These include but may not be limited to:

The Immigration Bill now passing through Parliament is looking to make it a criminal offence to let to illegals, so that so called “rogue landlords” who repeatedly fail to carry out checks and rent to illegals will face not only a criminal record but they will be placed on a blacklist which will prevent them operating a landlording or letting business in the future.

Following the Right-to-Rent pilot scheme carried out in the West Midlands since late 2014, which has been deemed as largely successful, David Cox, managing director of the Association of Residential Letting Agents, told the Daily Mail:

“The roll out will continue to help to weed out the minority of rogue landlords who exploit vulnerable immigrants for their own financial gain – as seen during the pilot scheme.

“The Immigration Bill 2015 will further develop these plans when passed next year, through harsher penalties, including criminal offences, aimed at those landlords and unregulated agents that aren’t complying with basic laws.

“Implementing the scheme across the whole of England, instead in further pilot phases, will also remove any confusion from landlords and agents about whether they are required to comply.”

A Summary Guidance for Landlords Right to Rent checks here