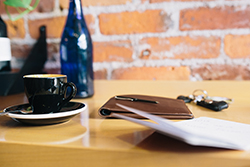 The Scotsman newspaper Dan Cookson Head of Research at Lettingweb has produced a detailed analysis of Scotland’s private rental sector (PRS) which he claims “is often perceived as being dominated by rogues, rocketing rent prices and unfair evictions. Fortunately, that perception is very much at odds with reality”.

The PRS in Scotland is thriving, according to Cookson, with high levels of satisfaction among tenant groups. Professional letting agents and decent landlords. The tenants, says Cookson, “are made up of distinctly different sub-markets such as students in halls of residence, families with children, as well as the largest group – single adults”.

The Private Rental sector (PRS) inn Scotland now houses the largest section of young households, and he says, the industry is in full support of the Scottish Government’s PRS Strategy that there must be “improving management standards and quality of service for tenants and prospective tenants, as well as enabling growth and investment in the sector”.

So what picture of the PRS do the statistics really paint and where is it heading?Cookson says the industry in Scotland shows growing demand and increased diversity, with “A clear challenge facing the sector” which is towards “encouraging existing investors to remain and to provide the environment for additional investors to increase supply of housing in the PRS as well as other tenures.”

The Scottish Household Survey 2014 highlights the importance of the PRS now that it houses the largest proportion (41 per cent) of young households in Scotland with a total of 330,000 households living in Scotland’s private rental sector. This represents some 14 per cent out of a total 2.42 million households in Scotland. 26 per cent of these renters are estimated to be families with children.

Research from the survey conducted by Lettingweb found that at the local level, “families who are living in the PRS are very evenly distributed across Scotland, and are a part of every community, whatever its deprivation level”. The PRS it seems is unique among all other housing tenures in this respect.

The Scottish Housing Survey shows there are more PRS households living in the least deprived areas than there are in the most deprived communities. This would suggest that large proportions of households are making a positive choice to live in the PRS rather than being forced to do so for economic reasons.

Cookson claims the PRS in Scotland is “not a poverty-stricken tenure of last resort, as is sometimes suggested”.

Stating that the PRS industry in Scotland supports many of the Scottish Government’s proposals for tenancy reform, Cookson says, they believe that “Scotland has a wonderful opportunity to create a distinct sector that is strong, modernised and sustainable”.

But, and this is a very big but coming now, “there are serious concerns within the sector that a single Scottish tenancy, with potential introduction of rent controls, as well as the removal of the so-called ‘no fault’ ground, will create a market place that is less flexible and adaptable to the varied needs of both tenants, landlords and investors”.

If you then add to this mix of radical regulation of the sector the recent budget announcement on the loss of relief on mortgage interest payments, fiancé set-up costs and wear and tear allowance, and these particularly for those in higher rate tax bands and with high borrowings, and Cookson says, “you can understand why some landlords will already be considering their long term future in the sector, any additional shocks might well be a step too far”.

Cookson goes on to say:

“In PRS 4 Scotland’s short survey of 1,746 landlords in May, two-thirds stated they would consider dis-investing if rent limits are introduced. The devil will be in the detail of any such proposals and we’re committed to working with policymakers to make sure they work for landlords and tenants alike.”

Dan Cookson is spokesperson for PRS 4 Scotland and is also the Head of Research at Lettingweb. PRS 4 Scotland, is an alliance of people and businesses who want to see a strong, modernised and sustainable PRS in Scotland.