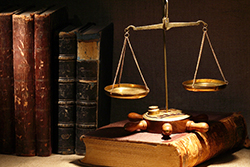 This can be a hugely inconvenient and costly headache for landlords as it usually happens when rent is outstanding, yet the tenant still has the right to return to the property until the end of the term of their tenancy agreement. To make matters worse, landlords are prevented by law from doing anything to prevent the continuation of the tenancy.

Regional breakdown by percentage of landlords that have had property abandoned;

How to deal with abandonment has previously not been set out by legislation, meaning that any actions taken by a landlord in dealing with this situation would be based on a common sense approach and could easily be deemed insufficient by a judge should the tenant take legal action to secure access to the property. This is now all set to change as the Planning and Housing Act that recently received Royal Ascent has created a legal framework for abandonment  for landlords with the following sections;

This part provides that a landlord may follow to recover possession of a property where it has been abandoned, without the need for a court order. A private landlord may give a tenant notice which brings the tenancy to an end on that day, if the tenancy relates to premises in England and certain conditions are met:

• a certain amount of rent is unpaid (two months, if monthly, or one quarter);

• that the landlord has given a series of warning notices

• and that neither the tenant or a named occupier has responded in writing to those warning notices before the date specified in the notices.

Richard Lambert, CEO of the National Landlord Association has said, “Many people will be shocked by just how common this problem is, and landlords will be relieved to know that the Housing and Planning Act will create a new process to deal with the issue, giving them far greater security and peace of mind when recovering properties they believe to have been abandoned”.