22% of all UK households now rent 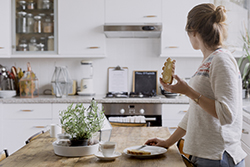 With the steady rise in house prices, far out-pacing average wage increases, particularly in London and the South East, renting for many people has become the only affordable option. Home ownership, declared a priority for the Conservative Government at their recent party conference, has now fallen back to pre-1985 levels, when just 61 per cent of households owned their own property.

Going back in 1985 the then Conservative government had a vision of universal home ownership, encouraging council house tenants to buy their own homes in what was then a radical policy of “right-to-buy”. The idea was to give people a greater degree of independence and personal responsibility, which also included encouraging company share ownership.

To some extent this was a successful policy, but more recent economic conditions have to some extend militated against it; insecurities with jobs and the housing market, plus other areas like household finances have made the flexibility of renting more attractive, especially as the number of young people are more job mobile, and self-employment, which is at a 30 year high, continues to rise as job security in many industries reduces.

“Lady Thatcher’s vision of an economy with widespread ownership has not yet been realised.

‘”This is a major fault line in our society because where there is ownership there are stakeholders creating decent civilised communities.

“If we want people and places to flourish, we must have mass ownership.

“It is only where there is ownership that people want to protect and care for what they own, creating a legacy for themselves, their children and their communities.

“At the moment we are failing to extend economic ownership to everyone, ownership is an unrealisable dream for too many.

The ResRepublica report goes on to highlight the “marked decline” in the percentage of people renting council homes as the private rented sector has grown like Topsy.

Pointing out the significance of this for peoples’ security, the think-tank warns of “increasing income insecurity” as the average income from self-employment has been falling. They claim this form of income, representing a substantial section of the working population, has fallen by 22 per cent since 2008/9 to the end of last year.