Tenant being pursued for damages by landlady's insurers 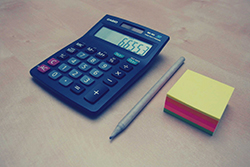 A tenant who allegedly caused £128,000 of damage to a £1m rented property in Wiltshire is being pursued for damages by the landlady’s insurers.

The tenant is locked in a “test case” High Court battle over the insurance bill, the outcome of which could be a real worry to “generation rent”.

The Tenant, Ms Govina rented the Wiltshire thatched cottage for £2,800 a month in 2010. She left the cottage empty when she went away for Christmas that year when a burst pipe flooded the property. Following the incident the landlord’s insurers NFU Mutual paid the landlord out for the damage claim and then proceeded to pursue the tenant with a bill for £128,000 for the cost of the repairs.

The case revolves around whether Ms Govina left the heating on to prevent pipes freezing while she was away. There was a clause in her tenancy agreement, as there is in most of these, that provision must be made for heating the property at all times during cold weather.

Ms Govina claims the heating was left on and that the incident was cause by a “mechanical failure” in the heating system. Ms Govina’s argument is that the landlord’s insurance policy was there to protect her as well as her landlords from any financial consequences of accidental damage to the cottage.

Govina’s barrister Andrew Butler warned that victory in this case for NFU Mutual would create a dangerous precedent affecting the rights of vast numbers of tenants.

Justin Davis, lawyer for NFU Mutual, pointed out in court that Ms Govina paid nothing towards her landlady’s insurance premiums. But Govina’s barrister insisted her share of the premiums was included in the rent she paid and this would have been less if the cover provided by the policy had given her no protection as a tenant. The outcome of this case will be awaited by landlords and tenants with great interest.