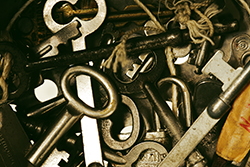 The Association of Residential Letting Agents (ARLA) is warning that landlords are hesitating to let their properties due to lack of government commitment to the private rented sector (PRS). ARLA’s comments reflect the general feeling amongst the landlord community that recent punitive tax changes and increasing “red tape” regulation, both centrally and locally, have damaged the risk-reward perception for many small landlords.

ARLA claim that despite the rental market so far being unaffected by the Brexit vote, landlords within the private rented sector (PRS) need reassurances that housing remains a government priority.

“The rental market has responded to Brexit in a calm fashion, with no immediate fallout amid extreme political and economic uncertainty. What we need is some certainty from the new government that housing remains a priority with the rental market playing a central role.

ARLA reported demand from renters increasing by 12% in June but according to their survey the supply of rental properties on their agent’s books rose by just 3% in the same month.

Mr Cox said: “If one thing is clear following Brexit, it’s that supply and demand remains a real issue in the rental market. If supply continues to dwindle against growing demand, no matter what the eventual implications of Brexit are, renting will become more difficult and expensive for tenants.”

ARLA can see a situation developing where the risks may become too great for the average buy to let landlord, leading to them leaving the market and causing an even deeper housing crisis in the UK.