With a population of over 61,000, Wrexham is the largest town in North Wales. Situated twelve miles from Chester between the lower Dee valley and the Welsh mountains, the town is the commercial centre of the wider Wrexham County Borough. The town is twinned with the German district of  Märkischer Kreis and the Polish town of Racibórz.

Wrexham was a small market town when John Wilkinson opened Bersham Ironworks and a smelting plant at Brymbo. Its lead mines at Minera are a museum to a former industry. Tanning became one of the towns' main employers; later its coalfields and breweries were to become its heritage.

In the past twenty years the local economy has changed from one dominated by heavy and traditional industry into a centre for hi-tech manufacturing and technology services. With over three hundred businesses providing employment to around 7,000 people, Wrexham Industrial Estate has developed into one of the largest estates in Europe. It is the location of a new prison, the first in the region. Housing more than 2,100 offenders, HM Prison Berwyn is the largest in the UK. Wrexham Maelor is the regional hospital for North Wales, with 981 beds it is the largest in the UK situated within a town.

Glyndwr is an accredited institution of the University of Wales with around 8,000 full-time students of which over 350 are from outside the UK. At its two campuses, Yale College provides a wide range of higher education courses. Wrexham has a number of primary schools and five secondary schools including the Welsh speaking Ysgol Morgan Llwyd and St. Joseph Catholic and Anglican High School, which became the first shared-faith school in Wales.

The central area of Wrexham has seen a number of purpose built residential developments as well as the conversion of some older commercial buildings. In converting Hightown barracks and the Border brewery at Tuttle Street into apartments, the character was retained.

Outside of the town centre there are several residential developments that have recently been construction at Brymbo, Gwersyllt, on the Ruthin Road in Wrexham and at Rhosddu. There are new developments under construction close to the town centre at Croesnewydd, Rhosddu and Cobden Mill with plans to build over 250 new houses on National Trust land between Erddig and Rhostyllen.

Welsh speaking is actively encouraged and taught in schools. Wrecsam became the first location in Wales chosen to be a bilingual town in a scheme to promote the use of the Welsh language.

The National Eisteddfod has been hosted by Wrexham on five occasions. It has a number of theatres, an arts centre and multi-screen Odeon cinema. The William Aston Hall has a full programme of live music, comedy, pantomime, classic and dance events. Wrexham has a vibrant music scene and a number of live music venues at which international artists have performed. For more than sixty-five years Llangollen has hosted the International Musical Eisteddfod where around 4,000 performers compete in song and dance. Attracting more than 9,000 people every year, the Wrexham Science Festival is reported to be the biggest of its kind.

Wrexham has three parks and a green at the town’s civic centre. During the summer months at Bellevue, music concerts are performed from its original Edwardian bandstand set in an Amphitheatre. Acton features a lake which has attracted diverse wildlife and a number of historical features can be found around Erddig. Alyn Waters is the largest country park, a Green Flag accredited site. Near Bangor-on-Dee, the Plassey features a holiday park and golf course with spectacular views over the Dee valley. Widely acclaimed to be one of Britain’s finest historic houses, Erddig is a fascinating country house; a magnificent medieval fortress of the Welsh Marches is how the National Trust describes Chirk Castle.

Wrexham has a number of sports, leisure and training centres. Renowned for its track and field facilities, Queensway Stadium has attracted some of the world’s top international athletes. Waterword has aquatic facilities including a six lane competition pool. The James Braid designed Wrexham Golf course is one of two championship courses in the area; a floodlit driving range can be found at Clays golf club.

You’ll find Debenhams, Next and M&S amongst other familiar High Street names in the cosmopolitan Eagles Meadow shopping centre. The historic streets have lots of independent retailers and quirky little shops that give the town its charm. Wrexham has three covered markets and one weekly outdoor market. Around the town Morrisons, Asda, Tesco and Sainsbury’s have substantial stores. On Plas Coch Retail Park, Aldi and Boots have stores together with PC World and Argos.
Northwood Wrexham
Opening Times Monday - Friday 9:30 - 17:30 Saturday 9:30 - 12:30 Sunday Closed
01978 356 100 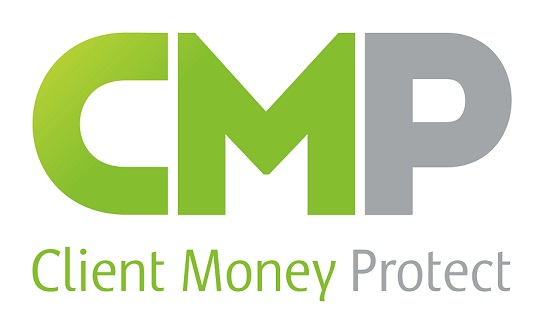