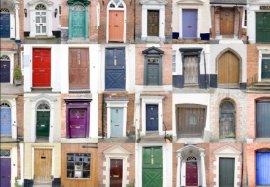 As election results go, they don’t come much more momentous than Britain’s recent referendum on the European Union. The historic vote to leave the EU has created uncertainty across the UK economy, and the housing market will undoubtedly be affected, though it’s too soon to say whether those repercussions will be positive or negative. To get an expert view on some of the possible implications of possible Brexit, we’ve asked Eric Walker, managing director of Northwood Lettings, to share his thoughts about the impact of the Leave vote in some key areas of the housing market.

DPS: What will happen to house prices and rents?

EW: We saw the property market enter a state of inertia in the run up to the referendum, but that was relatively short lived. This was most likely down to the uncertainty of the outcome. Thus far, however, there seems to have been little in the way of change.

Of course, it’s too early to say how the vote will affect the price of property. Our figures at Northwood show strong growth compared to the same period last year, but it’s impossible to say how the network would have performed if the vote had been to remain.

DPS: Will the fluctuating value of the pound affect the market?

EW: As the move towards our actual exit from the EU gathers pace, the value of the pound is likely to be unstable. However, that’s unlikely to affect the housing market too much. Property is and has always been a long term investment, and as such, short term fluctuations are unlikely to have much impact.

Prevailing market pressures seldom affect the market’s long term position as much as the availability of funding. Property is one of the few investments that can be leveraged; with interest rates as they are, yields are increasingly attractive and a viable alternative to traditional pensions.

It’s far too early to tell if the new Government’s views on current housing policy and the legislative calendar will be impacted by Brexit, as MPs have only just returned from holiday. I believe that as long as Theresa May shows decisive leadership and offers a clear plan for Brexit, confidence will replace the damaging uncertainty that makes investors nervous. The property market is incredibly robust and where sales may be affected, lettings take over and vice versa.

EW: EU regulations have little effect on the UK housing market as far as the majority of the public is concerned. Most EU rules have been absorbed and the fact they may cease to exist altogether will make little difference. UK regulations continue to expand, but until they are actually policed and enforced, their influence is limited.

The single most important thing the industry can do is to promote consumer awareness, making sure tenants are aware of their rights, and landlords are aware of their obligations. Renting privately is becoming more challenging but sadly, many landlords - including the best intentioned ones - only discover this to their cost when things go wrong. This can be an incredibly steep and indeed expensive learning curve.