What Does The Governments £866 Million Housing Investment Mean For Me? 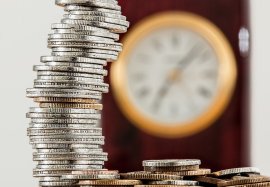 You may or may not have noticed, but recently the UK government pledged to invest £866 million into local housing, in a bid to unlock a potential 200,000 new homes to buyers. The demand for new homes, affordable homes and social housing has been on the increase for years, but efforts to rectify it have been falling short. Given the government has previously pledged to build one million new homes by 2020, and Hammond himself has said 300,000 new homes a year will be provided by the mid-2020s, this plan is simply the latest in a long line of attempts to ‘get Britain building again’. But what could this new investment mean for you, and your local council?

The announcement from Housing Secretary Sajid Javid and Chancellor Philip Hammond states that 133 council-led projects will receive funding to support local work, which will make housing developments viable and possible, and get new homes built quicker. What we have here is phase 1 of the government's plan to building 300,000 homes a year by 2020 - their way of fixing our (openly admitted) broken housing market. They are claiming that, thanks to this investment, 200,000 homes will be able to get off the ground.

But looking at the proposition in more depth, it’s clear that the investment Javid and Hammond are promising won’t actually produce any new, finished homes for the UK. Instead, it will simply lay the foundations to ensure that building these homes in the future is possible for local councils. So the money will actually be spent on improving key local infrastructure points - things like new roads, cycle paths, flood defences and land remediation work - all of which are essential ahead of new building work. The government insists that without the extra funding into such projects, this essential work could be delayed by decades, preventing new homes from being built at all. “Today marks the first step of the multi-billion pound investment we announced at the Budget to help build the homes our country needs,” Hammond said.

So Who Gets The Funding?

In their announcement, Javid and Hammond said that 133 councils across the UK would receive funding. But given that there are 418 councils in the UK, how do we know who’s going to get funding and who isn’t? Well, the announcement outlines that too:

A number of projects across the UK, from Cornwall to County Durham, will benefit from increased funding. This includes:

So What Does This Mean For Housing?

While the headlines figures being thrown around might sound very impressive, it’s important to remember that the government is only investing to unlock potential new homes, rather than actually investing in building the homes that are needed now. So while this is certainly a great starting point, there is still a lot more to do if they want to meet their one million target by 2020, or their 3000,000 new homes a year by the mid-2020’s.

At Northwood, we couldn’t welcome this news more. Infrastructure plays a critical part in the development of new properties, and without that advance investment more housing projects would never be possible. But we’re also aware that this is just the beginning of the road for new homes and new buyers. We look forward to seeing improvements in Berkshire and Newbury, and to helping hundreds of new buyers take their first step onto the property ladder. For more information, or to start looking for your next home, just get in touch with one of the team today.