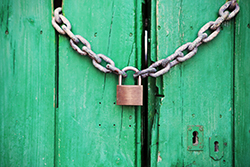 The Residential Landlords Association (RLA) is accusing Shelter of “playing to people’s fears” when it issued a recent press release claiming a “record rise” in the number of calls its helpline has received from tenants at risk of losing their home.

Shelter says that the helpline in question received 7,600 such calls, a number it claims has doubled in two years. However, the RLA has hit back, warning that “public policy must not be based on the opinions of problems which could be distorted.”

For example, the RLA says, with a booming private rental sector consisting of 9 million tenants, the 7,600 which Shelter refers to are 0.08%, whilst just 9 per cent of the tenancies in the sector ended are ended by the landlord.

The reason that most landlord evictions is overwhelmingly rent arrears and anti-social behaviour the RLA says. Furthermore, Government figures have revealed that 83 per cent of tenants are satisfied with their property in the private rental sector, with 81 per cent of social sector tenants feeling the same, claims the RLA.

“Shelter is once again needlessly playing to people’s fears. Whilst we believe it is wrong for any tenant to have to live in fear, we need a rational debate that recognises that the vast majority of landlords don’t spend their time looking for the first opportunity available to evict their tenants. “That’s why the average length of private rented tenancies is now over three years, with tenants enjoying considerable discounts on their rents where this does happen.

“The RLA has a comprehensive manifesto for growth in the sector. Unfortunately, Shelter seems more concerned with playing to people’s fear than coming up with constructive ideas on how to support and encourage the good landlords whilst rooting out the minority of criminals operating under the radar.”