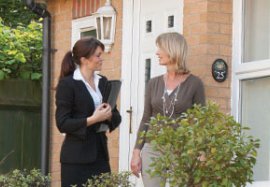 Campaigning groups which ran a concerted media campaigns before the May general election, have resumed their campaigns focussing on the private rented sector (PRS), pushing for rent controls and now claiming in the press that 125,000 tenants have suffered abusive behaviour from landlords in the past year.

Shelter also claims that nearly 17,000 people have called their helpline about problems with landlords.

Along with tenants' campaigning group Generation Rent, Shelter has sent a stream of media releases to newspapers, broadcasters and on-line news sources, calling for changes to landlord-tenant laws and claiming among other things that tenants have had belongings burned while others have had utility services cut off in efforts to intimidate them.

Shelter says it conducted a survey of 3,792 renters and found 60 claimed their landlord or letting agent had been abusive towards them or another tenant in the last year. It appears the organisation, which relies on charitable donations from the public and other organisations, simply extrapolated their survey figures to the total landlord-tenant populations using the English Housing Survey and Census data to arrive at the figure of 125,000 tenants being abused.

Given that there are estimated to be around 9m private tenants, the housing charity is warning that a 'small minority' of rogue landlords are making life “unbearable” for some tenants.

“Every day at Shelter we speak to people desperate for help because their lives are being made unbearable by a rogue landlord. No one should have to put up with a landlord who breaks the law and it’s so important to know your rights as a renter” says the charity’s spokesman Mark Cook.

“No one should have to put up with a landlord who breaks the law and it’s so important to know your rights as a renter. Shelter is here to help anyone having problems with their landlord.”

“It’s shocking that a small minority of rogue landlords who are exploiting the housing crisis can cause so much havoc and misery in the lives of renters.

“The only way to fix the problem long-term is to make renting fit for purpose for the millions of ordinary families searching for a safe and stable home.”

However, the constant media attention given to often one-sided stories about tenant?s woes at the hands of their landlords appears to be taking its toll on the vast majority of responsible landlords who strive to give a good service: to quote one recent landlord comment:

I am currently a provider of affordable accommodation, but increasingly demanding tenants (whose dissatisfaction with perfectly decent properties is fuelled by anti-Landlord propaganda) combined with the imposition of ever more costly regulations, Local Authority licensing schemes and so on, are taking their toll on returns…my portfolio yield has fallen to 5%. This has led me to consider taking my properties out of the private rental sector and into holiday lets instead.

David Cox, managing director of the Association of Residential Letting Agents, said that Shelter’s research demonstrates that the majority of landlords are doing a good job, while a small minority are tarnishing the sector’s reputation.

“The Government has introduced a range of powers to tackle rogue landlords, backed by £6.7 million of Government funding, which has resulted in nearly 40,000 property inspections and over 3,000 landlords facing further enforcement action or prosecution.

“We have made significant progress but we are determined to go even further. We are cracking down on those who rent out dangerous, dirty and overcrowded properties.

“We have published a discussion document that sets out our proposals, including a blacklist of rogue landlords and letting agents, tougher penalties for the worst offenders, the extension of rent repayment orders and the introduction of civil penalties.”

Recent research by Shoosmiths' Access Legal service found that 9.9 billion GBP is lost to landlords every year through rent arrears and damage to their properties.

The study also revealed that 1 in 5 landlords fear they will be out of business within the next 12 months. The Shoosmiths' report was compiled by surveying 2,000 landlords through OnePoll in August 2015.