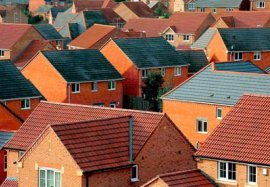 The data shows monthly house prices rose by 1.2% since November 2015. The regional data indicates that:

In comparison the North East saw the lowest annual price growth with an increase of 0.8%

Wales saw the most significant monthly price fall with a decrease of 0.8%

Sales and repossessions during October 2015, the most up-to-date figures available, show that the number of completed house sales in England and Wales fell by 8% to 79,960. This compares with 86,452 in in October 2014.

Repossessions in England and Wales fell by 51% to 431 compared with 888 in October 2014.  The region with the greatest fall in the number of repossession sales was London with a fall of 71% from October 2014