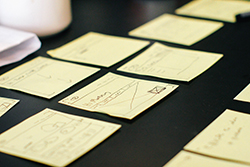 The campaign, which is a voluntary disclosure opportunity aimed at helping buy-to-let landlords “get their taxes in order”, has brought in over £50m since its launch.

Over 10,000 landlords have disclosed tax on previously undeclared income throughout the campaign.

To assist landlords further with their rental income tax afairs, HMRC has announced that it will be hosting a Twitter Q&A on Tuesday 20th October 2015 from 6pm to 9pm.

The session is to be run in partnership with several landlord association groups and tax experts. Each will have 30 minutes to answer questions concerning many various of renting out properties, offering essential advice for investors.

HMRC’s session on property taxation is to be run from 6pm to 9pm on @HMRCcustomers.

“The Let Property Campaign bringing in more than £50m is further proof that our campaigns approach works. HMRC’s 20 campaigns have now together generated over £1 billion across a variety of sectors.

“We want to help educate landlords, so the Twitter evening will give people a chance to get their questions answered by a group of expert organisations.”

“Throughout the campaign, HMRC has written to over 80,000 landlords and more than 50,000 customers have used its online educational services.

“If you have any questions, remember to be online for the session and follow us on Twitter @NewsLandlords

The Twitter evening will be held from 6pm-9pm on Tuesday 20 October. HMRC’s section will be hosted on @HMRCustomers and the whole evening can be followed using the hashtag