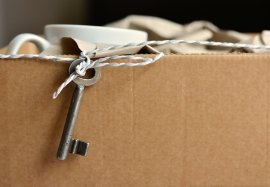 Back when Brexit was in its infancy (and hadn’t turned into some sort of dirty word) there was a lot of uncertainty floating around. For those of us in property, the main concern was that tenants and new buyers would be put off the idea of moving, concerned that regulations (and more importantly costs) would significantly impact the way their move would go. But with negotiations well underway (even if it’s at a snail’s pace), it seems that movers are shrugging off initial concerns and ploughing ahead with their move plans.

Since the vote was first announced, everyone in the property industry has been keeping an eye on their stats, looking for some trend that would indicate a negative Brexit effect. But as the results from last year’s surveys start to come in, we’re seeing that the opposite is true. For example:

·      Reallymoving.com (a house-moving services website) has revealed that there were 15% more visits and enquiries in January than through the same period last year.

·      First time buyers made up 55% of all home buyer conveyancing registrations during the first week of January.

·      64% of buyer registrations in the first week of January were based in London.

All of this data would imply that people are ignoring the recent rise in interest rates from 0.25% to 0.5% and the uncertainty of Brexit, and it’s not disrupting their plans to buy and sell houses. The rise in activity from first time buyers is particularly encouraging, and can also be linked to the recent scrapping of stamp duty for houses under £300,000 – allowing new buyers to save up to £5000 on their purchase.

We also believe that the surge in people visiting moving websites like reallymoving.com and conveyancing sites shows a much higher level of commitment on the part of buyers than those who spend time browsing property portals – and a high proportion of buyers who are further down the purchasing chain.

What Does This Means For Sellers?

This is all well and good for estate agents – but does it mean for you? If you’re looking to sell your house – or it’s already on the market – then this is good news for you, too. This data all shows that prospective buyers are keen to buy and move despite the uncertain political climate, which means more potential buyers in the market for you. But in particular, the strong surge in activity we’ve seen in the first few weeks of 2018 indicates that buyers are taking a more pragmatic approach to purchasing homes. Despite all the political variables out there the things that most often act as triggers for house moves (new jobs, growing families and so on) are still taking place, helping keep the number of buyers on the market steady.

The surge in first time buyers is also a plus, because this means an influx of buyers with no chain. First time buyers are always in high demand, as they lead to quicker completions and allow you to move on to your own new home much quicker. Since there have been no dramatic changes to house prices since the EU referendum result was announced, all of this shows that people are taking decisive action regardless of external factors – which is all good news for house sellers.

Brexit won’t happen quickly – there are, for example, some doubts that withdrawal will be completed by the proposed March 2019 deadline – so the wait and see approach isn’t really an option for many. First-time buyers, in particular, are desperate to push through deals and take their first steps on the property ladder, and they’re keen to do it before average prices for first-time buyer homes are pushed up by Philip Hammond’s stamp duty changes. This means that houses are in high demand, and it’s the perfect time to put yours in the market if you’ve been thinking of selling.

At Northwood, we specialise in helping people sell their properties quickly, and for the right price. Our expert team will invest time in making sure we take the best images of your property, optimise your listings and actively search for the perfect buyer for you. To find out more about how to sell your property through an estate agent that really cares, just get in touch with us today or drop in for your free consultation.