Four out of five Tenants happy with their Landlord 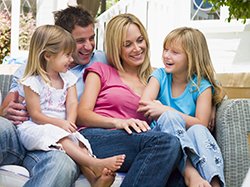 On average across the country, 79 per cent of tenants have expressed satisfaction with their tenancies and their private landlords. That’s according to a recent survey conducted by the National Landlords’ Association.

Nearly eight out of 10 private tenants are saying that they are happy with their lot on average, with more families in private rentals, and tenancies lengths now averaging four years, but the poll found variations across the country.

The North East had a satisfaction rate of only 67 per cent whilst in stark contrast, the poll found that 92% of renters in Wales said they were satisfied with their landlord.

“These findings will help to reassure existing renters and those looking to make their home in the private sector.”

The NLA survey findings tend to confirm the findings of the latest English Housing Survey, published by the Department for Communities and Local Government, which shows that average private sector tenancy now lasts four years. The latest English Housing Survey for 2014-15 shows that over the past ten years the proportion of private rented households with dependent children has increased from 30% in 2004-05 to 37% in 2014-15.

Directly related to this is the trend for the average length of residence for private sector tenants in their homes increasing to 4 years. This is up from 3.5 years last year and a new 5 year high.

Alan Ward, Chairman of the RLA says: “Today’s survey confirms what we have long known. Landlords do not spend their time looking for opportunities to evict a tenant. It’s time to end the scaremongering on this.

“More can be done to help landlords offer longer term tenancies without the need for compulsory three or five year tenancies. We are calling on the Government to use the Housing and Planning Bill to remove barriers preventing landlords from offering longer tenancies, including mortgage and leasehold conditions that may prevent this.

“Notable increases in the average length of time tenants stay in a private rented property show the system already enables longer tenancies that so many are calling for. Landlords are already meeting tenants’ requirements and there is no need heavy handed legislation that would disrupt supply of badly-needed accommodation.”