Dust can give builders and DIYers heart disease 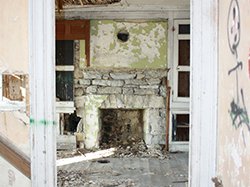 A study by British researchers has found that builders and DIYers creating dust emissions by doing things like drilling and sanding can create clouds of microscopic particles which, when breathed in, can lead to heart disease and cancer.

The researchers, writing in the Journal of Nanoparticle Research, have called for new safety regulations to protect builders and amateurs alike when carrying out building work that creates dust.

They found that facemasks are not completely effective in filtering out the microscopic particles which do the damage and recommended wetting surfaces to damp down dust when working, especially in confined spaces.

Dr Prashant Kumar, and environmental engineer, carried our 20 different building processes and collected and analysed dust samples. Ultrafine particles, up to 70,000 times thinner than a human hair, made up 97% of the particles in the dust he collected.

The microscopic size is thought to make them particularly dangerous as it allows them to travel deep into the lungs, where they may trigger cancer. They may even be passed from there into the blood steam, where they can damage arteries.

Professor Paul Cullinan, a respiratory disease expert at Imperial College London, told the Daily Mail that the findings applied mainly to builders as they are exposed to the dust for longer periods than were those who dabbled in DIY.

The Federation of Master Builders (FMB) said small firms have been particularly hard hit by the shortages and many firms commented on the difficulty of attracting apprentices into the trade because of parental pressure to send their youngsters to university, amid fears of low pay in the construction industry.

However, the FMB said that the average 23 year old bricklayer with 5 years' experiences earns ï¿½31,000 pa outside of London and ï¿½52,000 in London and that the trades lead to well-paid careers.

The warning comes as a government inspired house building programme calls for more skilled tradespeople, as well, according to the Royal Institution of Cratered Surveyors (RICS), as a growing demand for home improvements at a time when high house prices encourage people to stay put and improve rather than move.

A report from the Chartered Institute of Personnel and Development says that 3 out of 5 university graduates, with typical student debts up to ï¿½35,000, end up in low-skilled jobs, with many in a position after leaving education never able to repay the loan as they will not earn the minimum of ï¿½21,000 needed to repay it.