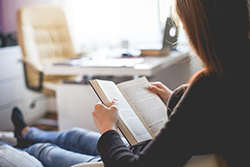 Shelter has been pushing strongly for longer tenancies for the last few years. The charity has led the case for change and proposed a five-year Stable Rental Contract.

But is it something renters actually want? The argument is that this type of long-term tenancy is an absolute necessity, but The Deposit Protection Service has recently released survey results revealing that 8 out of 10 tenants want tenancies of a year or less. In addition to that, a huge majority of the tenants surveyed (70%) also said that they preferred a rolling contract of 1 or 2 months’ notice at the end of their tenancy, rather than a new fixed-term contract, which was favoured by just 28%.

The latest English Housing Survey for 2014-15 shows that over the past ten years the proportion of private rented households with dependent children has increased from 30% in 2004-05 to 37% in 2014-15. Directly related to this is the trend for the average length of residence for private sector tenants in their homes increasing to 4 years. This is up from 3.5 years last... year and a new 5 year high. The latest English Housing Survey shows that those living in private rented housing for a longer period generally paid less rent.

“Notable increases in the average length of time tenants stay in a private rented property show the system already enables longer tenancies that so many are calling for. Landlords are already meeting tenants’ requirements and there is no need heavy handed legislation that would disrupt supply of badly-needed accommodation.”