20% of Tenants don't expect to get their full deposit back 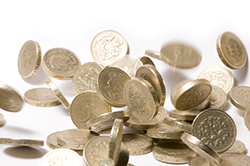 Recent research shows that on average almost one-in-five tenants are saying that when they hand over their tenancy deposit, they don’t expect to see all their money back again.

Property solicitors Slater and Gordon carried out a survey which shows, despite the introduction of a government controlled deposit protection scheme back in 2007, that there are still many issues between landlords and tenants over deposits.

Slater and Gordon claim their results show that: :

72% felt like they had to fight their landlord to get the sum of deposit back they felt they were owed.

Four in 10 received none of their deposit back when leaving the property with the average UK tenants paying their landlord a security deposit of £549.

7 in 10 landlords said that their tenants caused more damage than their security deposit covered.

Almost 50% of landlords said they fell out with tenants over money regarding cleaning bills (48 per cent), replacing broken or damaged goods in the property (48 per cent), breaking fixtures (46 per cent), or subletting (14 per cent).

79% of landlords said they wished they had asked for bigger deposits from their tenants after damage to their property wasn’t covered.

Most landlords admitted to rarely liaising with their tenants, with almost a quarter (24 per cent) saying they only spoke to their tenants once every three months.

26 per cent said they were unable to afford the deposit for their next property.

“Security deposit disputes between landlord and tenant are a common problem and something we are seeing our clients experience more and more. If tenants are respectful of the property and leave it in the same condition as when they moved in they can reasonably expect to get their full deposit back.

“We advise tenants to take photos of the property on arrival and keep a detailed inventory throughout your stay – making note of any damage, alerting your landlord to it at the time.

“Landlords should do the same and make sure they what they are charging their tenants is an accurate security deposit to reflect any damage that might occur during the tenancy.”

Slater and Gordon maintain that the deposit issue is part of a “larger on going contention between landlords and tenants and how they go about the letting process.”

“It is crucial that all tenants read their contract thoroughly before signing – this avoids any surprises or disputes in the future.

“It is also important that landlords are in contact with their tenants and are monitoring the use or damage to the property throughout the tenancy.